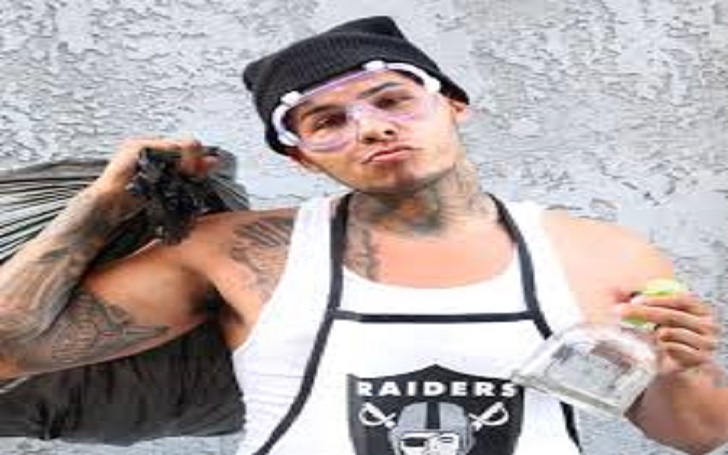 Most of the prank viewers are familiar with YouTube prankster, Derek Deso. Yes, we are talking about a prankster who once woke up with his girlfriend by dropping two live pythons on her. Many people referred to him as the worst and the funniest boyfriend who not only put two snakes on his sleeping YouTuber girlfriend, Lycette Cornejo but also invited his friends to watch.

According to their YouTube Channel, the couple split last year in May 2017 and are no more in a dating relationship. However, many viewers are still confused regarding Derek Deso’ dating affair. They consider his break up with Lycette Cornejo as a part of a prank. So, what’s the reality? Is Derek Deso dating Lycette at present? Or, is Derek Deso dating another girlfriend? Let’s find out:

When Derek Deso met his ex-girlfriend, Lycette Cornejo for the first time, she had a boyfriend then. Derek was attracted to her in their first meeting, loved the way she made him laugh, and felt like they both had the same connection. They became friends for a year. And one day, Lycette Cornejo went to California and called Derek.

The couple had lunch together and went to a beach together. While talking to each other, Derek proposed Lycette to become his girlfriend. At the time, he said: 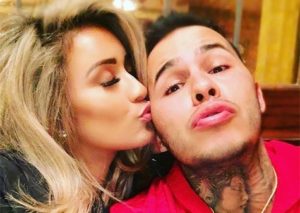 Lycette Cornejo moved to California the next day with Derek and started living together in Derek’s apartment next to his brother’s house. This is how Derek Deso dating relationship with his ex-girlfriend, Lycette Cornejo began.

While the people were commenting about their break up, Derek Deso confirmed the split with his girlfriend, Lycette Cornejo in one of his videos. Regarding the split, Derek mentioned:

It was a mutual agreement and it has nothing to do with YouTube — not the YouTube pranks, or the challenges of daily vlogging, or editing, or anything like that.

Let’s have a look at the video where he confirmed his break up with ex-girlfriend, Lycette.

According to Derek, the break up was probably for 24 hours or two days and tried to fix the relationship between them. But the things didn’t work, and now Derek is single. However, it looks like Derek’s ex-girlfriend, Lycette is dating another boyfriend, whose name is Michael and has a daughter.

At present, Derek is not dating anyone and is single. He is busy creating his YouTube videos.

However, currently, it turns out the pair is dating even now as it was just a prank. Recently, the pair posted a video, We’re Having A Baby! (Surprising Derek). Check it out!

Born in the year 1987 in Paramount, California, Derek Deso’s birthday is on the 27th of April. At present, his age is 31. With the upcoming birthday celebration, Derek Deso’s age will be 32.

Derek Deso attended Bellflower High School. He is a dog lover. Derek has multiple tattoos on his body. His right hand is full of tattoos and has “OMERTA” tattoo in his left hand. He has tattoos on his neck too and on his chest. According to him, all the tattoos he got have their respective meaning.

Derek has not mentioned the name of his parents nor has revealed them. However, he did have said that he loves his family a lot. Derek has two brothers, Ryan and Steven. In one of Derek’s videos, he has mentioned that his mother is an independent woman who raised him and his brothers alone. So, Derek was raised by a single parent. He loves his momma’s fried chicken too much.

The YouTuber has not married yet. He has no wife and children. There is still time for the young prankster to get married to a wife and have children.

Derek started his career on YouTube through the Channel “TheBoogShow” which he started with three friends: NesBoog, qbanguy and Lil Moco, in August 2010. However, no any videos have been uploaded to the channel since March 2017. Derek runs two other YouTube Channels: “DerekDeso” which has over 1.8 million subscribers and “DerekDesoDaily” which has over 1.2 million subscribers.

The DerekDeso channel had its latest post on September 19, 2019, titled Annoying My Boyfriend While on 2k. However, for DerekDesoDaily, the last post was on December 10, 2019. The title for the video read, Smelling Like Fish Prank to See My Husband’s Reaction!. Derek and Lycette haven’t married yet but why is she calling him ‘husband’?

As of earlier 2018, Derek Deso net worth is under review. So, stay in touch, we will soon update you on Derek Deso’ net worth!

The YouTuber Derek Deso has an estimated total net worth of around $700 thousand as of 2019. He made his worth from his career as a YouTuber and social media influencer.

From his YouTube Channel, he makes as much as $6.3 thousand per month while annually he generates an income of $76 thousand.

Derek Deso usually earned around $1000 to $3 thousand per ads post on his Instagram account. However, he has deleted all of his posts now (July, 2019) for unknown reasons. So, he has no income whatsoever.

Deso usually posts videos about pranks and such. A year before, he took to his channel to post a video about him buysing a $3 thousand laptop to one of his subscribers.