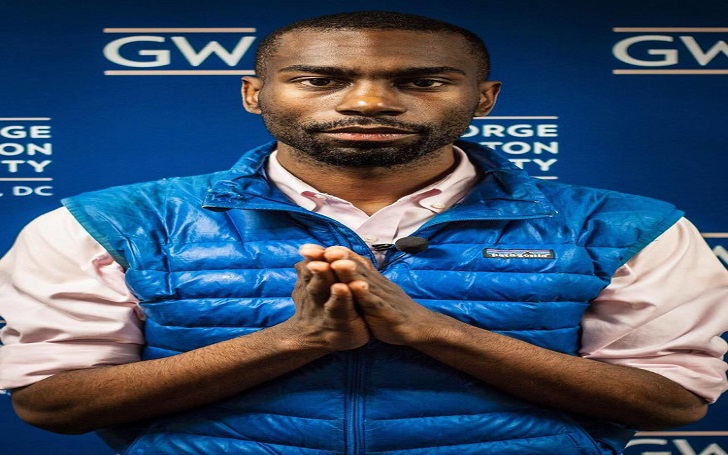 The world needs a leader. You may point anywhere in the map of the world, no place escapes from controversies. Police brutality, racial abuse, and social inequality are becoming a major issue throughout the world.

Thousands of people from all around the world are raising their voices against such issues. DeRay Mckesson is one among the thousands who are leading the voice against racism and social inequality in the States.

The Black Lives Matters activist, Mckesson, has been playing his part in the movement through social media outlets such as Twitter and Instagram.

Recently, both DeRay and his organization Black Lives Matter has been making the headlines. The organization working against social injustice and racism has recently been sued by two police officers who did not disclose their names in the lawsuit.

He’s less worried about the lawsuit as he mentioned it to the Quartz. He said,

“I know I didn’t do anything wrong.” “I was most surprised that the officers feared for their safety so they wouldn’t put their names on the lawsuit,”

“That was sort of wild to me. We’re the people afraid of you guys. I don’t know why you’re acting [like] you’re afraid of us.”

In the first case, a police officer claimed that Mckesson was the in charge of the protest where the police were injured by a rock thrown in Baton Rouge.

However, the federal judge has already dismissed the case and admitted that Black Lives Matter is just a movement. He ruled out the suit claiming a movement cannot be sued nor can hashtag be sued.

A U.S. district judge, Brian Jackson wrote “Although many entities have utilized the phrase ‘black lives matter’ in their titles or business designations, Black Lives Matter itself is not an entity of any sort,” in his 24-page ruling.

The second lawsuit was filed on behalf of a sheriff’s deputy who was gunned down a week after the protest. The suit claimed that the violence incited by the leaders of Black Lives Matter caused the incident where three other law enforcement were also gunned down and killed.

The judges are yet to dismiss the second lawsuit but their intentions are to soon announce the dismissal.

DeRay, age 33, is an activist, protestor, educator, and organizer focusing to inspire people against injustice. Born on July 9, 1985, in Baltimore, Maryland, DeRay’s father is Calvin Mckesson. But, there is hardly any information regarding his mother. He once posted in twitter admitting his mother left him when he was only 3 and he hardly remembers her.

I just spoke with my mother and it looks like she should make a full recovery post-stroke. And rehab will likely be through October.

DeRay tweets about his mother.

Even before becoming a famous activist, Mckesson had worked as a Chairman of Youth of Resources as a teenager in Baltimore City. He graduated from Bowdoin College in 2007 with a degree in government and legal studies.

After graduation, Mckesson started his career as a teacher working for Teach for America. He began his career as a civil activist in 2015 when he and his fellow activist launched ‘Mapping Police Violence.’ A year later, the same group launched a website ‘Campaign Zero.’ The objective of the website is to end police brutality. Since then, he has been an integral part of many protests.

In 2016, activist Mckesson was named as a Chief Human Capital Officer of Baltimore Public School. Former school administrator, Mckesson, a few months ago announced his plan to leave his job at Baltimore Public School where he was being paid $165,000 a year. The result of these actions was pretty certain; more time in demonstration and podcasts.

As a famous activist, DeRay has earned an enormous amount of money but he chooses not to reveal his net worth to the media.