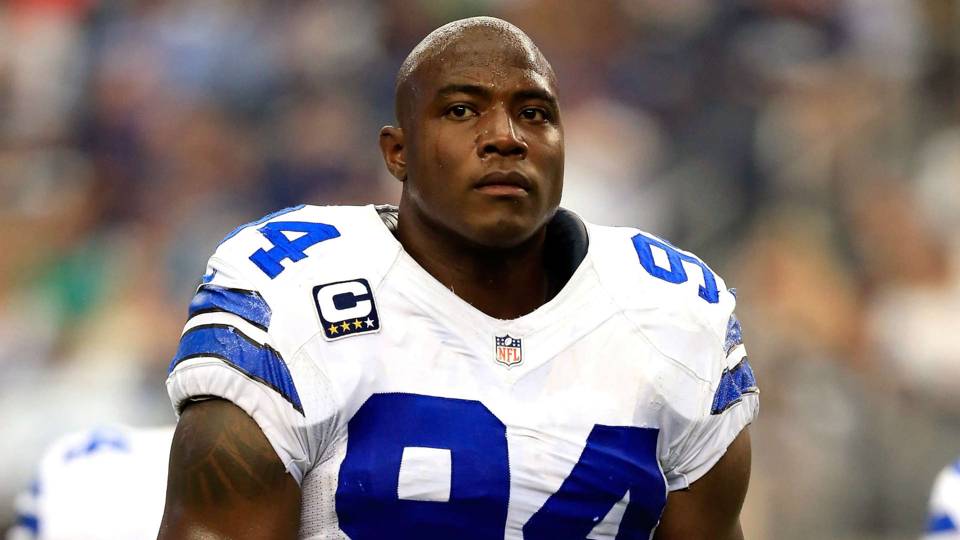 Former Broncos great De Marcus Ware has found a new way to spend his leisure time in retirement, and we’re not talking about his gig as a pass-rush consultant for the team. No, DeMarcus Ware wiki says that he will be hitting the dance floor on Dancing with the Stars season 27, which began on September 24, 2018.

DeMarcus dance partner, Lindsay Arnold, has worked with some other pretty well-known athletes in past seasons, including Kareem Abdul-Jabbar, David Ross, and Calvin Johnson. Moreover, Ware is going to use his athletic abilities in a very different way.

Read More: Jan Svendsen Bio Reveals: Engaged To Her Longtime Boyfriend: Wedding On The Next List For Her?

In 2005, DeMarcus Ware married his high school beloved, Taniqua Smith. Taniqua is a former Air Force member as well as the daughter of a police officer. It was also alleged that Ware’s wife had difficulty during pregnancy and one of their newborn babies also passed away due to Taniqua’s post-birth complications. After that, the duo adopted a daughter and named it Marley. In one of the sports article, Ware stated that he named his daughter after his favorite singer Bob Marley. Later in 2010, they had a son.

However, the couple divorced back in 2012. Then, from DeMarcus Instagram account posts, it is clear that he has been with someone special who can handle his children and family. It is not certain that he has married the lady, Angela Daniel, maybe she could be a partner too.

From Angela Daniel’s Instagram post it asserts that she has been the part of the family and heart of DeMarcus Ware as well. The caption form the post makes it clear that she is a part of the family as Ware’s wife or his children mother. Most importantly, the date and venue of their marriage are yet to reveal. Hence, it is clear from Angela Daniel’s Instagram they first met in February 2017. Since then, they are together living their joyful life with their family.

DeMarcus Ware is the greatest athlete that the Dallas Cowboys have ever had. Ware was selected with the 11th pick in the first round of the 2005 NFL Draft by the Dallas Cowboys. He was elected to seven Pro Bowls and led NFL in sack twice.

Caption: DeMarcus Ware on Dancing With The Stars

Ware released on March 11, 2014, after playing nine seasons with Cowboys. One day following his release, he signed three years contract on $30 million with Denver Broncos. Above all, later in March 2017, he retired from his football career after the contract end.

DeMarcus Ware has successfully summed a lot of money from his career as an athlete. As of 2018, according to Celebrity net worth, his net worth is 35 million dollars.

DeMarcus Ware attended Ogletree Elementary School and graduated high school from Auburn High School. He furthered his undergraduate study in business information systems in Troy University after getting the scholarship offer from the university. He was the first family member who graduated from college earning a degree.

Ware has a tall and rangy height of 6 feet 4 inches and has a heavy weighed body as an athlete. He belongs to an African- American ethnicity family and holds American nationality.