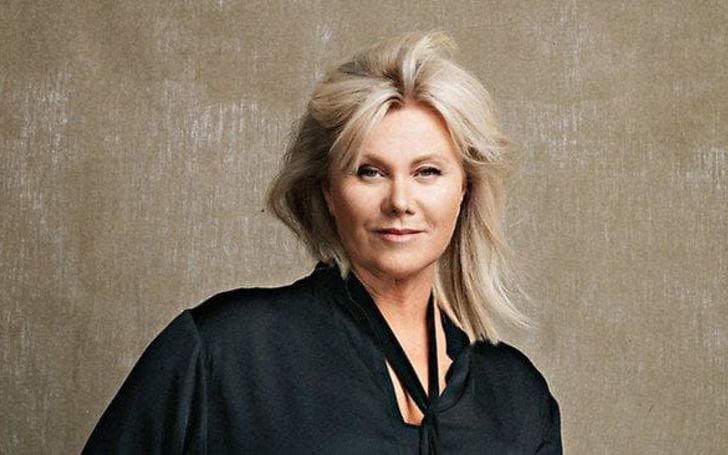 Deborra Lee Furness is popularly known as the mistress of famous Hollywood actor Hugh Jackman. By profession, she is also an Australian actress and a producer who is known through films like Shame (1988), Evil Angels (1988), Celia, and the latest, Beautiful (2009).

Deborra Lee Furness is probably Hugh Jackman‘s first and an utmost love of his life. Having said that, it couldn’t have been easy being married to the same guy for over two decades, and to do that with a celebrity must have been a hell of a mountain job.  But when was the first time Deborra and Jackman realized they had become head over heels for each other?  Who made the first move? And how the heck are they still together after all these years? Read all about this along with our main feature, Deborra’s net worth and lifestyle in the article below.

Deborra Lee Furness’ Married Life with Hugh Jackman; Does She Have Children?

Hollywood, no the whole world, should take a bit or two lessons from Deborra Lee Furness’ relationship with Hugh Jackman. It’s ridiculously hard to believe how even 24 years later, the duo is still going as strong as if every day is their first date.

The unicorn love story of Deborra-Jackman dates back to the time when Hugh wasn’t as famous as he now is. At the time, the future hubby of Furness was just in his early 20s. He had just booked his first acting gig on the Australian TV series Correlli, which Furness, 13 years his senior (she’s now 62), was starring in.

“My first job out of drama school — it was a massive break for me. I was really scared. Deb, she was a big star. I get picked up, and Deb is in the front seat of the car. I’ll never forget. She took off her seatbelt and she turned around. She put out her hand and took off her sunglasses and said, ‘Hi, I’m Deborra-Lee Furness, nice to meet you.’ I remember thinking, ‘I like this girl.’”   Jackman told PEOPLE in 2017.
Watch what Deborra’s husband Jackman has to say about his wife
It took another six weeks before the Logan star worked up the courage to finally ask her out.

Deb and I were already best friends, and I realized, I’ve got a crush on my leading lady. This is the thing you do not do. It’s unprofessional and embarrassing.

In the beginning, Jackman did his all to try and hide his crush.

I didn’t talk to Deb for a week. Then I was like, ‘This is not a good plan.

Eventually, Jackman, 49, decided to invite her over for dinner with some friends. The night Deborra went to his home. When Deborra queried about Jackman recent apathy towards her, he replied, ‘

Oh? Because I’ve got a crush on you too.

And so began the love of Deborra and Jackman. At first, the pair tried to keep their relationship a secret. But that lasted for only about three weeks before the pair realized everybody knew the entire time anyway. Despite their age difference, Deborra’s husband time and again still gushes that he is the one who is the adult in the relationship.

Deborra and Jackman married in April 1996, in St. John’s in Toorak, Victoria, a suburb in Melbourne, Australia and due to Furness’s age, the couple soon started to try and have children of their own. But it wasn’t easy for the husband and wife. They struggled with several miscarriages, IVF  and was not easy, especially for Mrs. Jackman.

Fortunately, the couple, who were always open to adoption, decided to expand their family with a son Oscar Maximillian, now 17, and a daughter, Ava Eliot, now 12.  And come this April, the husband and wife will be celebrating their 23rd marriage anniversary.

How Much is Deborra Lee Furness’ Net Worth?

Deborra-Lee Furness currently holds a net worth of around $10 million to her personal fortune.  Furness mostly made this wealth through her work as a producer, director, and also as an actress. A career which she began in her mid-30s. Also, the fact, she is the wife of a star whose net worth single-handedly tops the $100 million mark is also worth a mention.

Along with her husband, Deborra also owns a luxury triplex apartment in New York City worth $19 million. We don’t know for real if the Jackman’s prenup includes “Deborra taking his cars”. But she sure must take some of his puppies (ranging from Audio Q7, SUV, Volkswagen Zetta) for a ride, once in a while.

Deborra-Lee is also the founder of National Adoption Awareness Week.  She raised the organization back in 2008, after recognizing the plight of the abandoned children from her own kids’ experience.  In 2014, Lee launched another of her campaign, Adopt Change. With this, she led the push to overhaul Australia’s anti-adoption culture and lobby for national adoption law reform.

As a World Vision ambassador, Furness has worked with world leaders, traveling through Asia and Africa to raise awareness of the global orphan crisis.

She also established the Jackman Furness Foundation for the Performing Arts in 2014 with a broad mission to nurture Australia’s rising stars. As of the latest report, the foundation has given hundreds of thousands annually. For this, Furness was even awarded NSW Australian of the year in 2014.

Deborra-Lee is also the co-founder of Hopeland, a platform established to raise awareness around vulnerable and abandoned children. Hopeland strives into emphasizing this issue globally across political and human rights agendas.

The non-profit organization further seeks to mobilize and influence leaders across government, business, and civil society, to create solutions and policies that will ensure children belonging in a safe loving home.

The Jackmans via their foundation, have also supported Cambodian Children’s Fund, Worldwide Orphans Foundation, and Raincatcher, a nonprofit that provides clean drinking water solutions to impoverished regions around the world.