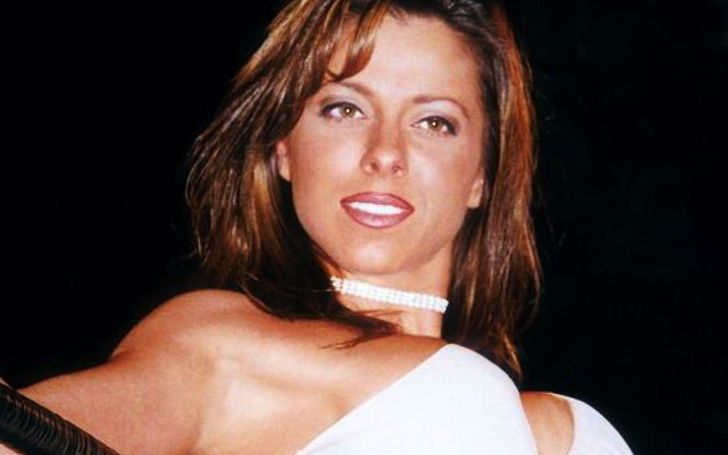 It is hard to make a mark in the wrestling industry as a female but only a few females are able to crack the code to the very top. Dawn Marie Psaltis is one of such female athletes who rose to fame through endurance and hard work in a male-dominated industry.

Who is Dawn Marie Psaltis’ Husband Or Boyfriend?

Dawn Marie Psaltis is in a marital relationship with husband Matthew DaMatta, with whom she tied the knot in June 2005, in Las Vegas. Following the year in December, Psaltis gave birth to her first child, a boy Matthew Jr.

Furthermore, Marie and her husband again welcomed a second child, a girl, Candice Katelyn Marie in 2009. Moreover, there are no report or rumors about their relationship ending. Looks like, the pair is happy and likes to spend quality time together but away from all the media and public.

The duo is in husband-wife for more than 14 years already and still wants to continue their loving relationship along with two children.

Dawn Marie Psaltis was dating a fellow wrestler Simon Diamond on October 1998. Before, starting their loving relationship, the couple was good friends for almost two years. The pair had plans to walk down the aisle by the end of 2000 or into 2001.

Read More: Buddy Murphy Engaged to get Married to Girlfriend

However, they stayed engaged for several years and ended their dating relationship after seven years of staying together. Dawn Marie and her last boyfriend didn’t share any child together during their 7 years of relationship.

How Much Is Dawn Marie Psaltis’ Net Worth?

As of 2019, Dawn Marie Psaltis has an estimated amount of $500,000 as her net worth. She managed to gather this handsome amount of net worth throughout her professional wrestling career and acting career.

Separately, the non-professional community wrestler earns only $1000 or less than that per match. However, Dawn Marie signed a contract to World Wrestling Entertainment (WWE) where she debuted on May 8, 2003, on Smackdown!.

Psaltis is also one of the Women Superstars Uncensored Hall of Famer as she was inducted into it on March 6, 2010.

WWE is a famous wrestling promotion brand which is likely known for paying its employee a lot of money. So, it is safe to assume Marie managed to earn a lot of money during her time in WWE. However, on July 6, 2005, when she was pregnant she was released by WWE.

Furthermore, in January 2006, Dawn Marie filed a complaint against WWE with the Equal Employment Opportunity Commission, claiming that her contract was wrongfully terminated due to her pregnancy. According to Dawn, she suffered from mental duress due to the contract termination. The case was closed in the late 2007 but, any other details about it is kept under the wraps.

When did Dawn Marie Psaltis give her in-ring debut in wrestling?

What University did Dawn Marie graduate from?

When did Dawn Marie Retire from a professional career?

What is the height of Dawn Marie?

What is the weight of Dawn Marie Psaltis?