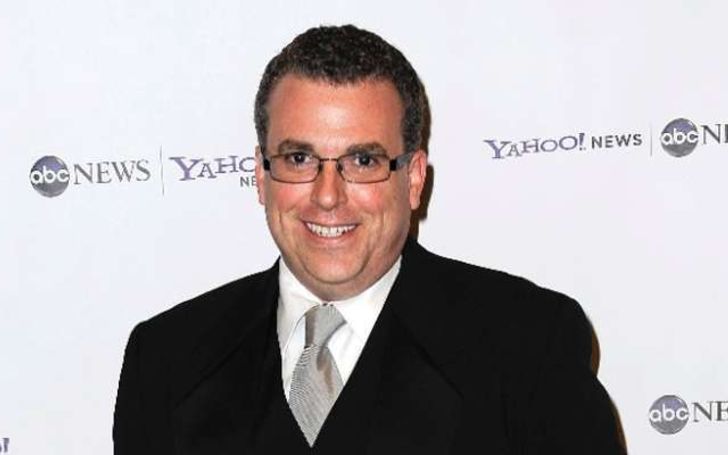 After working and experiencing in many prestigious companies, David Chalian is one of the well-known men in the journalism world.  Currently, he is serving at the CNN as Vice president of political coverage and also a political director.

While working in the ABC News David Chalian was a part of Emmy Awards winning team that produced Presidential inauguration coverage in 2009. Besides, he also has someone special in his life with whom he now lives. So, who is his partner? Are the two happy? Know all of it right here.

David Chalian Openly Gay and Married to Someone

David Chalian has never had difficulty hiding his sexuality as he is openly gay. The vice president is happily married to his gay husband Justin Tyler Bernstine. Tyler is the assistant dean at American University, Washington.

The two got to know each other online in 2013. After dating for four years the couple decided to take their relationship to the next level. Subsequently, on November 04, 2017, they tied the knot in Parker Palm Springs, Palm Springs.

CNN’s director is active on social media and likewise uses Facebook, Instagram, and Twitter. He shares photos and videos of his partner, friends, co-workers, and his works on it.

The experienced journalist David Chalian also had had some ups and downs in his career. The most notable one is when he was working as Yahoo News’ Washington bureau chief. So, what did he do or what happened to him then?

In 2012, when Hurricane Issac was causing havoc in Louisiana, David was hosting live online broadcast talking about the Republican candidate Mitt Romney. He addressed Romney and his wife Ann saying:

It caused quite a commotion and the veteran journalist even apologized to Gov. and Mrs. Romney for his comments. However, it was far too late for that as Yahoo fired him from his position after the incident.

How Much is David Chalian’s Net Worth?

From his more than twenty years of diligence and hard work, David Chalian managed to accumulate an estimated net worth of $2 million. On average a CNN Director’s annual salary is around $150 thousand.

You May Also Like: CNN reporter Chloe Melas Net Worth!

After working for more than four years in the popular television channel he surely receives a handsome paycheck. Moreover, he previously worked in many famous television channels and companies like ABC News, PBS NewsHour, Yahoo, and POLITICO.

YouTube: David Chalian giving his thoughts on the issue!

Well, no question on Chalian’s capability and expertise. And surely you would believe that he lives a comfortable and luxurious lifestyle.

When and where was David Chalian born?

Who are David Chalian’s Parents?

Who are David Chalian’s siblings?

What is David Chalian’s nationality?

Which ethnicity does David Chalian belong to?

What color are David Chalian’s eyes?

What is David Chalian’s hair color?

How old is David Chalian?