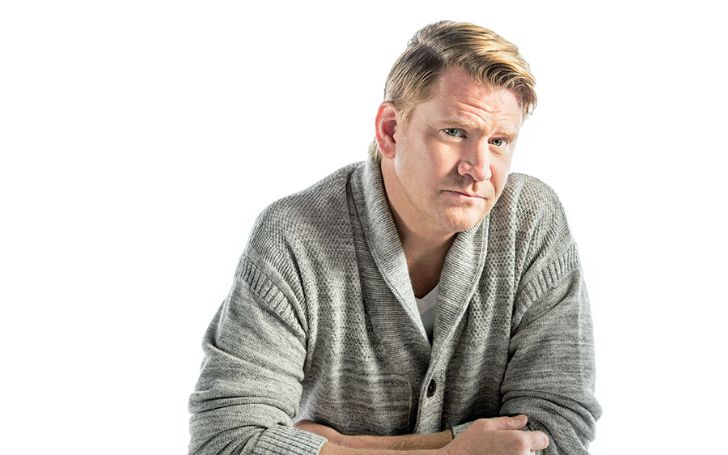 Hollywood is famous for its short-lived marriages. So, to be in a decade long healthy marriage is admirable.

Actor Dash Mihok is enjoying marital bliss with his wife. Read more to find more about his better half, wedding and family life.

Yes, it’s true, Before I Wake star Dan Mihok wedded twice. But there is a romantic aspect to his double ceremony. Both the time, he married the same woman who is his current wife.

The actor legally wed singer Valeria Mason in a courthouse in 2008. After a year, in August 2009, the couple exchanged vows at the scenic beach of Zihuatanejo, Mexico, in the presence of close friends and family.

For the big day, both the bride and groom were dressed in white. Mason wore a white sleeveless dress with a mesh back whereas Dash chose a white suit and pants.

The pair planned an outdoor wedding close to a beach expecting a sunny and romantic feel, however, things turned out quite differently.

As the lovebirds exchanged vows, rain began to pour, accompanied by thunders and lightning. However, they did not let the weather dampen their mood and the newlyweds and guests continued with the festivities.

Though the celebrations did not go as planned, nevertheless, Mihok and his spouse call it a perfect wedding. The couple is together for a decade and is enjoying marital bliss with no news of separation.

Mihok shares two daughters Olivia Mihok and Cata Mihok, with his better half. Though the actor regularly uploads pictures of his children on his social media accounts, he is yet to reveal their age.

Looking into those photos, there is no doubt the actor is a doting father. Furthermore, he spends a lot of time with them amid his busy schedule.

Had a Relationship with Alanis Morissette

Mihok dated American singer and actress Alanis Morissette from 1998 –2001. The actor met Alanis on his trip to Cuba. They were introduced to one another by their mutual friend Leonardo DiCaprio.

The pair were not only romantic partners but creative partners as well. Alanis wrote the songs So Pure and That particular Time about him. Similarly, he danced in the music video of So Pure and photographed Morissette for the cover of her single.

The love between them, however, did not last long, and the couple split after three years of dating.

Dash Mihok holds an overall net worth of $6 million. He earned this wealth by being part of many sucessful movies and television shows. His best-known work includes hits such as Foxfire, Romeo + Juliet, and I Am Legend.

On television, Mihok is famous for potraying the character of Brendan Donovan in the show Ray Donovan. The series features well-known actors such as Liev Schreiber, Paula Malcomson, and Eddie Marsan; however, Mihok was able to stand out.

Dash was part of the show from season one and will reprise his role in season seven as well. The 7th season will premiere on November 17, 2019.

Alongside a sucessful acting career, the talented actor maintained his singing career as well. He is part of the band Diz and the Fam. Furthermore, in the past, he has collaborated with rapper Sabac Red and musician Daniel Freedman.