Home Entertainment American Actress Darby Stanchfield is A Millionaire! Find Out How

American Actress Darby Stanchfield is A Millionaire! Find Out How 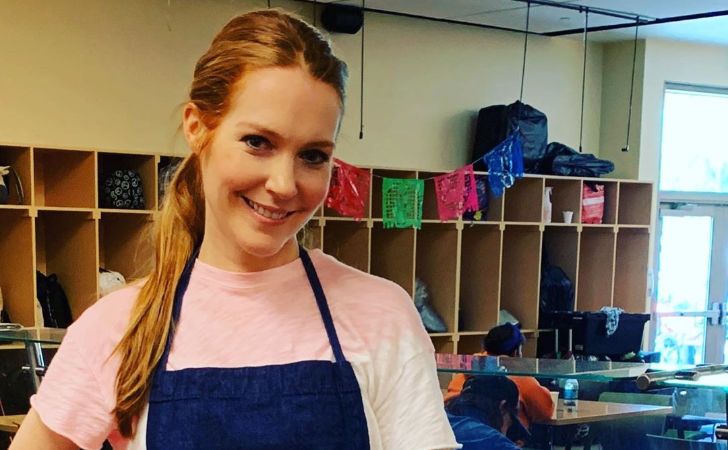 If you are into the Hollywood and TV shows, then you might know American actress Darby Stanchfield. The Alaska born actress is famous for her roles in top shows like Scandal and Mad Men.

The 48-year-old actress is all set for her upcoming project in the globally popular Netflix network with a brand new show, Locke & Key. Stanchfield has been around the entertainment industry for two decades now, resulting in massive fame and fortunes. So, today we take you close to the net worth sources, career, and married life of the gorgeous actress.

Darby Stanchfield is a Multi-Millionaire by Net Worth

The Netflix actress, Darby Stanchfield, is a multi-millionaire. Specifically, she owns a staggering net worth of $2 million as of 2020. The primary sources of her income source are undoubtedly her twenty-year-long career in acting. She earns far more than $39.40, the average salary of an actress as per 2016.

The American has been an active servant in the television industry with over thirty credits in both TV and films. Thus, she enjoys a lavishing life, courtesy to the enormous wealth she makes from her career.

The million-making actress, Darby Stanchfield, resides in a large villa at Glendale, California. The Locke & Key actress’s house locates in a peaceful setting in between dense green trees. It includes a large compound with ample parking size, a refreshing garden, and a luxurious swimming pool.

The Glendale villa isn’t the first-ever property of the actress since she used to live in a $1 million valued bungalow until 2013. Interestingly, she bought her previous house at Hollywood Hills for $900,000 and sold it for $969,000, seven years later, in 2013.

One of Stanchfield’s best performances to date, Scandal led her to global recognition as well. She portrayed the influential role of Abby Whelan in the show for 120 episodes.

The actress received the much-needed exposure as she won the TV Guide Award for Fan favorite cast in a drama series in 2013.

Stanchfield surprisingly featured in seven episodes of the renowned action police drama, NCIS. Furthermore, you could also see her in How I Met Your Mother, Mad Men, and Jericho.

The 48-year-old, Darby Stanchfield after a year of a break-in television, returns with a bang on February 2020. And, what better way to mark a return than Netflix. You could see her star in Locke & Key, a supernatural horror that releases on February 7, 2020.

The Amerian will belongs to the main cast of the show playing the role of Nina Locke. She will be starring alongside the reputed cast of Jackson Robert Scott, Connor Jessup, Hallea Jones, and Emilia Jones in the highly-anticipated TV show.

Darby Stanchfield is a Married Woman

The Locke & Key artist, Darby Stanchfield, is a married woman. She tied the knot with her husband Joseph Mark Gallegos. They exchanged wedding vows in a beautiful ceremony in front of close friends and family in 2009.

You may also like: What is the net worth of Portia Doubleday?

Her husband used to serve as the former executive of a Hollywood based marketing firm named Trailer Park. Today, the married duo lives a blissful life at their residence in Glendale, California,