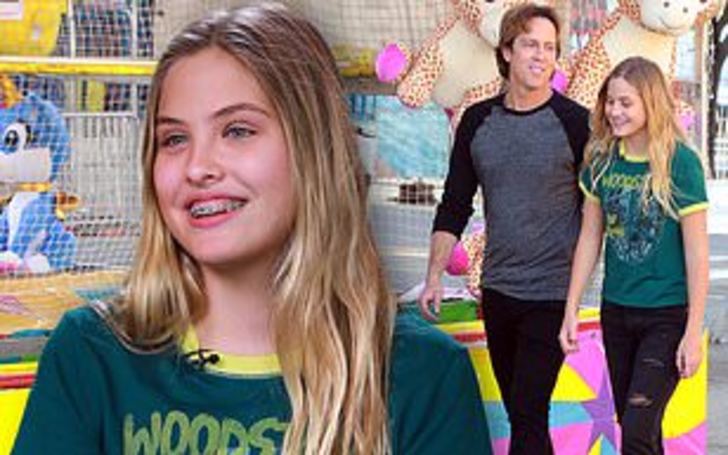 A child model, actress, and obviously the next Hollywood star in the making, Dannielynn Birkhead rose to fame before she was even born, when her mother, Anna Nicole Smith was pregnant with her.

But, with the death of her beloved mother, a prominent model, and actress, at a young age, the life of Dannielynn has been no less than a movie. And, the identification of her biological father is only another story.

Who Is Dannielynn Birkhead’s Real Father?

During her mother’s pregnancy term, Anna Nicole Smith was in a relationship with Howard K. Stern. Thus, it was believed that Mr. Stern was the biological father of Dannielynn Birkhead. But, the truth was something else.

It was only after two months since Smith’s death from an accidental drug prescription at her home, several former lovers of the former Playboy model including former bodyguard Alexander Denk, former husband, J. Howard Marshall, Frédéric Prinz von Anhalt, and Larry Birkhead came forward to claim their parental right over Dannielynn.

However, it was only a DNA test that proved Larry as the real biological father of Dannielynn. And, it was only after that Larry changed his daughter’s name from Hannah Rose Marshall Stern to Dannielynn Birkhead.

Today, Dannielynn lives in Kentucky with her father and goes to a local school there. Only in July 2020, she completed her seventh-grade classes.

Dannielynn Birkhead Had A Brother

Digging back at the past stories of Dannielynn Birkhead, it is full of tragedies. From her mother’s death to her elder brother, only one can comprehend what must have her family went through.

Before Dannielynn, Anna Nicole Smith was also a mother to her son named Daniel Wayne Smith from another relationship with Billy Wayne Smith. But, sadly, Daniel died three days after Dannielynn was born at the same hospital.

Dannielynn’s brother also died from a drug overdose. And, a year later, Anna took her last breath at her home in February 2007. But, her daughter has been greatly carrying her legacy.

Stay updated at Celebs Closet for more stories and news