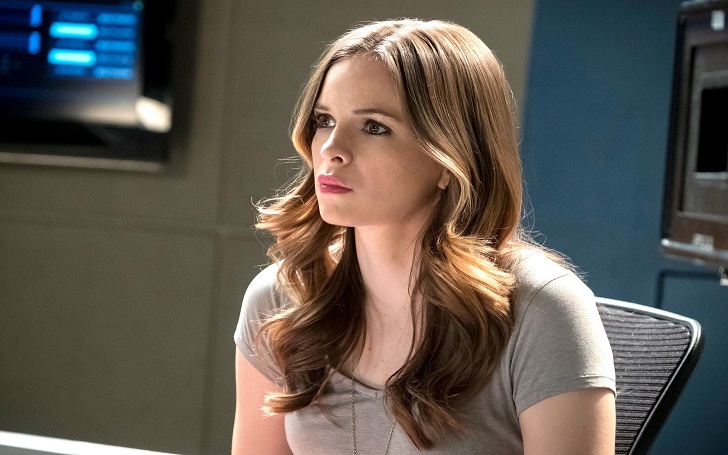 The fast and furious series, Flash star Danielle Panabaker is now a married woman. She tied the knot with her boyfriend Hayes Robbins. The duo exchanged vows on 26th June of the year 2017.

The Killer Frost, from the series, was so happy on that day that she immediately shared her moment with her Instagram fans and followers. The picture shows her love for her husband as she is kissing him. She mentioned in the caption about the day she married him and also mentioned the day to be the happiest day till date.

Danielle, 29, wore Monique Lhuillier dress on that very day, and with a veil; she looked gorgeous. When she entered the aisle, every one praised her being gorgeous. The celebrities and friends who attended the wedding ceremony were Tom Cavanagh, Jesse L. Martin, Grant Gustin, and Carlos Valdes. Other from the series who attended the ceremony was Victor Garber and Katie Cassidy.

David Anders, who attended Danielle Panabaker’s ceremony, shared one beautiful picture of the married couple in his twitter account. He also added a wedding note which mentioned congratulations to them.

Last noche at my dear friends @dpanabaker and Hayes' wedding I got real sneaky with this pic of my mentor, Victor Garber & Paul James
Kisses pic.twitter.com/2iBxKulfYG

Hayes and Danielle, who are already a couple now, started their love life a few years ago. Although we do not know the exact date from when they started their love life, what we know is that they became fiancé from the year 2016, July. Both agreed to get engaged while they were enjoying a vacation in Greece.

We didn’t find any information regarding their love life, as both were very secretive and used to make a low profile in social media. Here is one picture from their Instagram account:

However, both are married as of now, and are still planning for their honeymoon trip. We think they might not go this soon, as Danielle need to get back to work of the series ‘The Flash’ and she need to be in Canada for the shoot.

The Fast and Furious