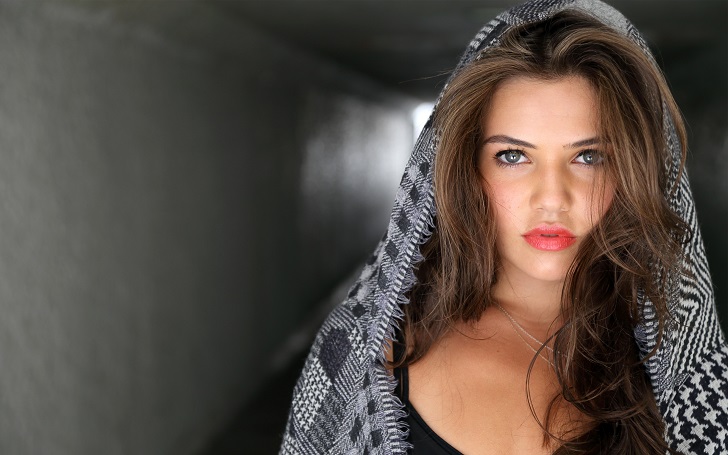 Danielle Campbell, an American actress, is popularly known for her roles as Jessica Olson in the Disney Channel Original Movie StarStruck and as Davina in the American TV series The Originals. 22 years old Campbell is now allegedly linked with an English actor, Gregg Sulkin.

Let us find out the truth behind this rumor and more about her dating and boyfriend.

Is Davina of The Originals, Danielle Campbell dating Gregg Sulkin!

Just when 2017 had started, Louis Tomlinson‘s ex-girlfriend Danielle Campbell is spotted with Bella Throne‘s ex-boyfriend Gregg Sulkin. According to a tweet by blessing it, it is found that these walked holding their hands.

However, just because of this tweet, we can not declare their relationship status, but definitely, there must be something for why these two walked holding their hands. Many of their speculated them to be dating and consider Sulking to be Danielle boyfriend.

Likewise, these two were recently spotted in Los Angeles on a walk with Sulkin’s dog.

This facts and pictures of this dating couple are enough to say that they are in a relationship. There are more pictures of these two together, spotted at different times this year. They probably started their relationship with the freshness of this year and are sharing a good time with each other.

Gregg Sulkin is an English actor born in England. 25 years old Sulkin has been in a relationship with Bella Throne. Just before his name joined with Danielle Campbell, he had a break up with his ex-girlfriend. Gregg and Campbell are in a good relationship and we wish it continues.

Danielle Campbell has her name joined with Tyler Posey. They were not seen together in public area much but it was sure they were more than friends but they never confirmed their relationship with each other.

She stayed in a relationship with Louis Tomlinson since December 2015. They were first seen to follow each other on social media but later they were spotted together and once found they stayed together at Danielle’s house in Chicago.

According to a close source, it was said:

“Louis and Danielle have made the decision to split up but they are still going to be mates. They’re still talking to each other and there is no bad feeling whatsoever.”

These two couples also separated in December 2016 after Louis celebrated his 25th birthday.

Just after break up with Louis, Danielle joined herself in a new company of Gregg Sulkin. The couple is dating together since the new year of 2017 and is spotted together quite frequently. Their dating confirmation was done on the mid of January and are together since then.

UPDATED – According to most reliable sources, Campbell is still in a dating relationship with Louis Tomlinson.

Danielle Campbell is a 24 years old American actress. She was born on 30th January 1995 in Illinois, USA. Danielle is popularly known for her roles in StarStruck and The Originals. Campbell started her career as a guest star on Prison Break, an American series. She then played different roles in famous movies and TV shows.

She also tweets on her account about her works, visits and other important things which her fans might find interesting.

According to the wiki, her nickname is Dani, height is 5’3” and weight is 54 kg. Her salary is not fixed as she plays more shows sometimes and less often but Her contributions in cinema field for the last 10 years has earned net worth of $500 thousand.