Skip to content
Home » Entertainment » Daniel Seavey: Dating Someone Secretly Or Busy Developing Career: Know More About Him Including Wiki-Bio

Daniel Seavey: Dating Someone Secretly Or Busy Developing Career: Know More About Him Including Wiki-Bio 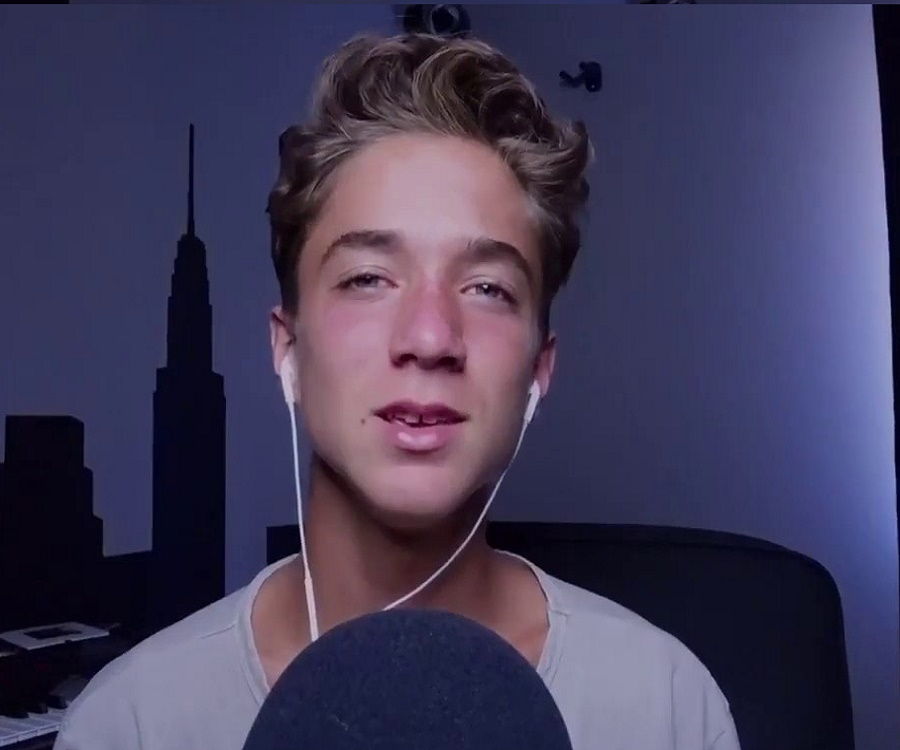 Ever since the fourteenth season of American Idol came, the American pop star has never been the same, and all thanks to the youngest contestant of the show, Daniel Seavey. Daniel showed how skilled and multitalented he is, and how his musical abilities have taken him far. Today, apart from being television and a social media star, he along with his band members of ‘Why Don’t We’ is dominating the pop music with the chart-busting numbers.

Daniel Seavey, a singer, has a large fanbase who keep inquiring about his dating life. But, it seems like he is not the one to publicize his dating in front of the media and fans as for now. However, to one’s wonder, it seems like there are possible reasons why the handsome hunk is trying to hide.

Being a sensational teen star, Daniel Seavey is becoming the central point of spotlight whether he is dating anyone or not. The 19-year-old doesn’t seem to have any girlfriends till the date. He has kept his private life out of the media and public. Although his professional life is out in public, there is no information regarding his private life.

Well, Daniel is rumored to be dating Lovey James, but he has not yet confirmed about this new relationship. Daniel and Lovey have sung some song covers together. When asked about his girlfriend, he says that he does not have one or that he is single.

Having a girlfriend would be nice

It seems like he does not prefer to get into the limelight due to his relationship.

The American pop singer Daniel Seavey was born to a pastor father Jeffrey Seavey and  Keri Seavey in the year 1999 in the city of Vancouver in Washington in the United States of America. He celebrates his birthday on 2nd April, which makes his age 19. He has a tall height of 5 feet and 8 inches.

Since early days, music fascinated him. He got interested in music from a very young age. Daniel is a very private person when it comes to sharing about his family background, early life, and childhood, but he has three siblings named, Christian Seavey, Tyler Seavey, and Anna Seavey.

During his high school days, Daniel participated in the fourteenth season of American Idol. But his passion for music got real since a very young age. As per his journey in American Idol, he finished in the ninth position.

Daniel tries to keeps his private life away from his professional life so that he could concentrate on his work and career. Consequently, Daniel keeps himself away from any rumors and controversies.