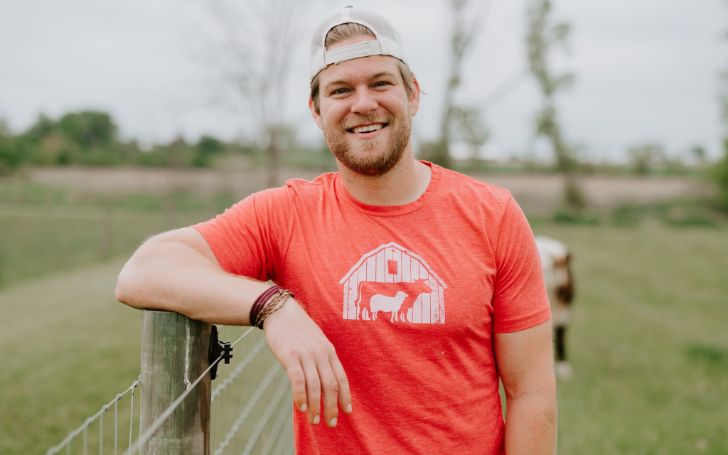 We have been providing you a lot of info about the movie stars and singers but today we have a celebrity from a totally different field. Dan McKernan is an American animal control officer who has been serving the Dearborn Police Department. He is also known for his Barn Sanctuary. Being an animal lover, he has started an organization for the care of domestic animals and treated with compassion.

The officer has been devoting his most time in caring for all voiceless and innocent animals around the US. The show “Saved by the Barn” also has been showing how he has been serving his department. With his inspirational work, he has become a social media influencer with over 209k followers on Instagram.

Dan McKernan was born on 11 May 1989, in Michigan, the USA with the full name Daniel McKernan. He was born to a Pharmacist (father) and a housemaker (Mother). The family had an Illinois farm where Dan felt connected to animals. Dan with his family used to travel a lot so, he was able to understand the nature and varieties in Fauna. Talking about his siblings, he has a twin brother named Chris McKernan.

Regarding his education, he studied at Quincy College in Illinois taking Biology Subject but soon dropped out. Then, he went to Bulgaria to help his friends through yoga series and later studied computer coding and development by himself.

Who is Dan McKernan’s Wife?

The animal-loving officer is single as of now. With his devotion and continuous work for his organization, he hasn’t been able to give time for such relationships. However, many women are becoming a fan of his caring nature and a good heart. The 31-years-old seems more focused on his career and making progressive work in his organization.

To answer people’s queries about why he is still single, he reacted by saying, “I tried dating, but I’m kind of married to the animals right now. I hope to find a partner who can join me on this crazy adventure of rescuing farm animals.”

With his education in computer coding and development, he started his career by working as a technician for over five years. Continuous work of computers and being stuck in the office made him monotonous. Then, he started looking for another opportunity to engage with nature and animals. He utilized his free time by reading Gene Bauer‘s book “Living the Farm Sanctuary Life: The Ultimate Guide to Eating Mindfully, Living Longer, and Feeling Better every day.” The book motivated him to open a sanctuary farm in Michigan. He had the opportunity to sell his original farm but didn’t because he was curious about how they will transform the farm.

The farm which gave shelter for dozens of animals had a website designed by Dan himself. The 70 acres farm looked awesome and he raised over $3000 from the website within a month. He first started his farm by rescuing two cows and later added other more than 100 animals including a blind goat; ducklings; dwarf goats and more. The sanctuary got supported by the Om Foundation in Georgia too with some volunteers and helpers.

The sanctuary became a part of the show “Saved by the Barn” premiering at 10 p.m. on April 11, 2020. The show also helped a lot in gaining popularity and raising donations for the good care of animals. With such devotion and active work towards animals, he got a chance to work as an animal control officer at Dearborn Police Department.

With such great popularity and fame over the country, he has a good salary and a fortune. His salary as an officer was said as $100k which is rising with his time. The website also has been donating a part of his asset. To sum up, his net worth is estimated to be around $500k as of 2020.