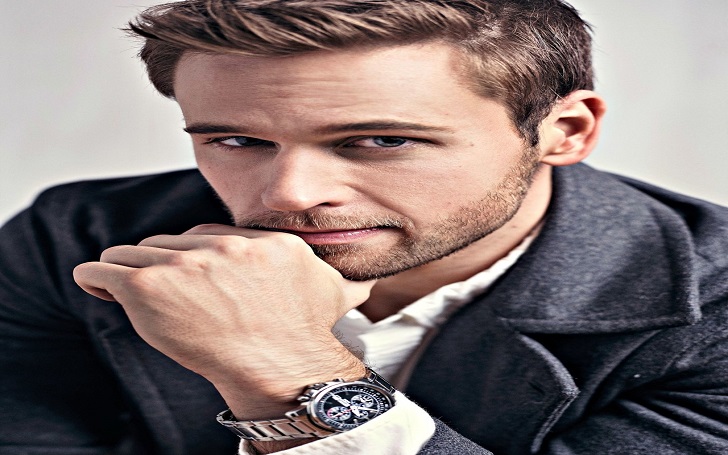 Congratulation to the Younger star Dan Amboyer for his marriage with longtime boyfriend, Eric Berger!

The 33-year-old star revealed himself as gay and announced he had married his beau of 10 years, Eric Berger, 37 on 7 October.

According to PEOPLE, Amboyer wed Berger in front of 115 families and friends in New York City at Marble Collegiate Church.

Being a young actor in the industry, I had a lot of people who strongly advised me to stay quiet. That was hard to live with. But I’ve never played a gay role before and I didn’t want to be limited by some strange perception

Dan Amboyer always kept his sexuality secret but the wedding with his boyfriend made him decide to come out as gay. It was hard for him to stay quiet about his sexuality and to approach it in a public way.

However, Dan explained that Matt Bomer, Zachary Quinto, and Nico Tortorella have inspired him to be more open about his sexuality. He also hoped that being open to sexuality is a positive thing to move forward.

New husband Eric Berger also wanted to keep their relationship under wraps. He didn’t want his partner, Dan to come out as gay publicly unless he is ready. Berger said:

I’ve always thought of this component as a personal decision and a business decision for him. It has been difficult at times not having his public persona integrated in all parts of our lives, but I’ve never pushed him to come out publicly. That was a decision he had to come to for himself

The pair met through online dating sites and started living together since nine years ago. They had been planning for their marriage for a long time. Amboyer had insisted Berger be the one to propose for the marriage.

Berger explained that he wanted to book a trip and surprise him. But at last, he booked a weekend at Woodstock. So on February 2016 vacation, Berger convinced Amboyer to hike on the top of Overlook Mountain. It was there when Berger pulled out the ring and proposed Dan.

The couple wanted a unique wedding experience with a blend of traditional and fun elements. Hence, the ceremony really was too interesting and full of joy. The couple danced together on the hall, choreographed by Jeffrey Page, who is a Beyonce choreographer.

As to celebrate his relationship and wedding for the first time publicly, Amboyer divulged:

I want to live my life moving forward with integrity and pride. We might start a family one day I would feel so strangely if I didn’t celebrate that with all of my family and friends and share that with the fans. This is just the beginning of a wonderful future

We hope Amboyer’s decision will make him happy forever and also pray for the success of his marriage!