Dali Benssalah Will Appear in Bond 25; Know His Net Worth and Personal Details! 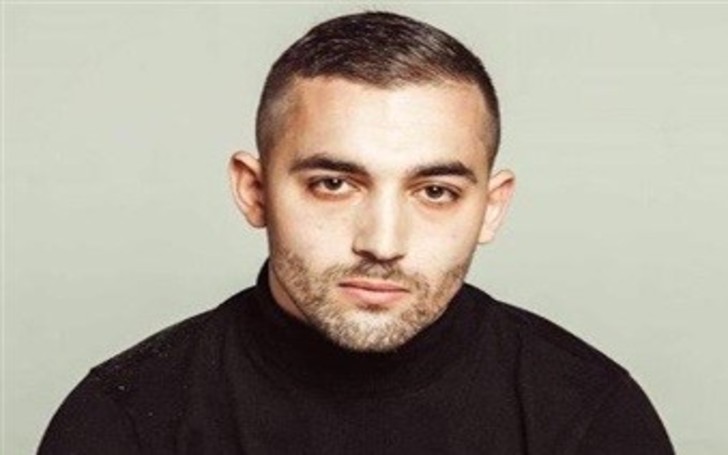 Hard work definitely pays off! And such is the case for Dali Benssalah who always wanted to live the dream of an actor life by pursuing a career in the entertainment field, and when the team behind the James Bond found him eligible to play one of the characters for the films franchise’s 2020 release, it’s clear that he hit the jackpot for his acting career. But, obviously, this is only the beginning for him.

The young and talented man does not only possesses the sexy or the handsome look but also the quality of talents an actor should maintain and much more. No wonder why he deserved the role. Well, with no further ado, let’s catch up to more on the French actor.

Who Is Dali Benssalah?

Dali Benssalah is an uprising French-Algerian film, theatrical and movie actor and a model who hails from Rennes France. Born on 8th January under the zodiac sign of Capricorn, Benssalah is presented by his agent; Juanita FELLAG. The actor is further known for his roles in short movies; Au revoir Tom Selleck and Salade Tomates Oignons.

To pursue a career in the acting field, the actor studied at one of the oldest drama schools in Paris; The Cours Florent from the year in between 2012-2015, prior to working at the Théâtre National de la Colline for two years (2014 to 2015) and Théâtre National de Strasbourg.

Although Dali grew up and spent most of his life in France, he is still connected to his half root and ancestry i.e. Algeria. The actor and model often visit his half-native country during his breaks and vacation. But, due to his secretive nature, he tries to keep everything about his personal life closer to the vest.

What Is The Net Worth Of Dali Benssalah?

The net worth of Dali Benssalah counts to a bulky amount of $100,000 which he accumulated from his career as an actor and model. Benssalah has been involved in the acting field since his debut in the tv series; Petits secrets entre voisins for one episode. Before his film and tv career, he made his earning by working as a theatrical actor and model.

Besides, Dali also made his appearance in other projects; mostly short films including Salade Tomates Oignons, Je suis une blessure, Red, Nox, Interrail, Au revoir Tom Selleck, A faithful man, and Flash. As for his theatrical work, they include; Belle du Seigneur, Poèmes choisis, Portrait of “famille”, and Pur présent.

Benssalah, most important appearance is considered the Territory where he performs the lead role of an Algerian man coming back to his native land. The short film earned massive appreciation from the critics and has more than $30 million views on Youtube. Furthermore, the film is created by the French project called The Blaze. With no raise of questions, Benssalah reportedly made a hefty amount of money in ranges; $15,000-$25,000.

Personal Life Of Dali Benssalah; Is He In A Relationship?

Dali Benssalah keeps his personal life as secretive as he can which is why news and information regarding his love life are not known to the public yet. But, whilst it’s understandable why he chooses to keep his personal life lowkey from the public, he once shared a picture of a mysterious woman on his Instagram that caused rumors of him being involved in a romantic relationship.

Could the woman be someone special in Benssalah‘s life or just a mere female friend? The picture showcases a beautiful female, presumably a Benssalah’s girlfriend named Melissa, shunned in a black bikini and sunglasses as the background view showcase a beautiful scenario of an ocean. Dali simply wrote ‘vacanza’ followed by love emojis in the caption section which fueled more dating rumor.

Dali, however, is yet to speak on his relationship status to his fans. He never confirmed nor denied the rumors of his affair. Hopefully, his female fans will certainly find out as soon as possible.

The handsome and masculine Dali Benssalah stands at a height of 5 feet 10 inches whilst his fit and toned physique weighs 87 kg. Furthermore, he is a brunette who flaunts mesmerizing Blue eyes.

When was Dali Benssalah born?

What are the eye colors of Dali Benssalah?

What is the hair colors of Dali Benssalah?

How tall is Dali Benssalah?

What is the weight of Dali Benssalah?

What is the nationality of Dali Benssalah?

What is the ethnicity of Dali Benssalah?