Cyrus Dobre Engaged To His Girlfriend: Soon To Ring The Wedding Bell? 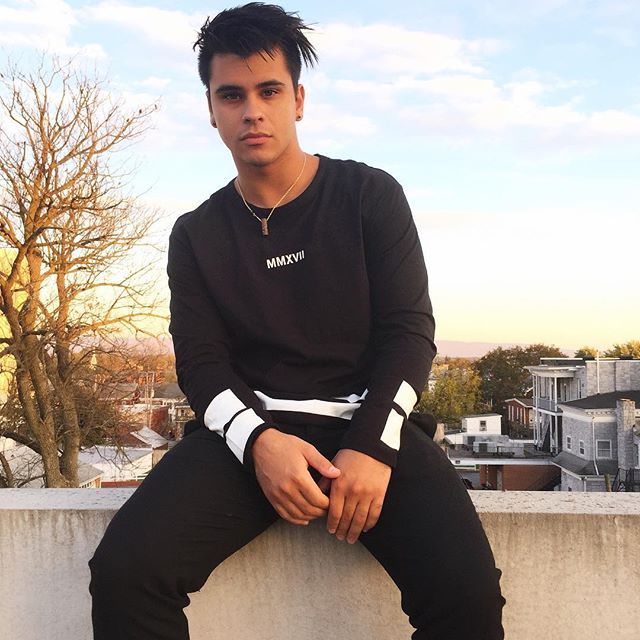 Cyrus Dobre, a social media personality is the oldest of the Dobre Brothers. He rose to fame from the YouTube channel, Dobre Brothers, gathering more than a million supporters where he keeps on posting viral challenges, pranks, back-flips and comedic videos. Furthermore, Cyrus is also famous on musical.ly and Instagram earning more than 1.2 million followers.

Currently, Cyrus is engaged to her longtime girlfriend. But who is Cyrus Dobre girlfriend? Is the wedding bell soon be ringing for him? Before knowing that, let’s have an insight of Cyrus Dobre dating affair. On deck, we’ll be exploring Cyrus Dobre wiki facts, bio, girlfriend, fiancee, wedding, net worth, age, height, and parents.

Talking about Cyrus Dobre dating life, he is dating a girl named Christina Kay. The duo is dating each other for a long time. Cyrus first introduced his girlfriend, Christina, to her followers in March 2018.

The two often post their lovely pictures on their respective Instagram accounts and seem to be very much in love with each other. On 10th July 2018, Cyrus proposed his girlfriend, Chistina for marriage. The two lovebirds are currently engaged to each other.

Cyrus has yet to announce the date of his wedding day. In the meantime, both of them are busy in fulfilling their work and preparing for their wedding too.

The famous American YouTuber Cyrus Dobre was born in the year 1993 in Maryland, United States of America. His birthday falls on 9th March, which makes his age 25. He stands tall as his height measures 5ft 9in.

Cyrus was raised by his parents, father, Boz Mofid who is a gymnastics coach, and mother, Aurelia Dobre who is a former champion in gymnastics. He grew up with his three siblings, twin brother Marcus and Lucas Dobre and other Darius Dobre. All of the family members are very close to each other.

Cyrus attended the University of Iowa and earned a bachelor’s degree in sociology. He even completed his master’s degree in strategic communication.

Cyrus used to be the team captain for the University of Iowa Men’s Gymnastics team. But, he started his YouTube career just nine months back. As his siblings were already on YouTube and social media, Cyrus also started to do YouTube. In a very short span of time, he became immensely popular where many of his videos earned millions of views within a day.

Currently, his YouTube channel Dobre Brothers have crossed more than 2 million subscribers where he posts various videos along with his older brothers. Moreover, he is also popular on musical.ly with more than 1.2 million followers.

Being a famous YouTuber and social media star, he receives a massive amount of money from his profession. But what’s the figure of Cyrus Dobre net worth?