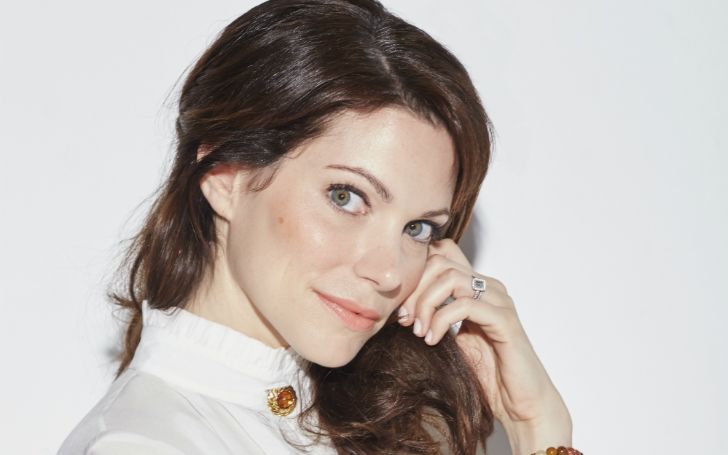 In more recent years, it has become more difficult for almost anyone to manage their personal and professional life. But, there’s one actor, Courtney Henggeler, who has become able to handle both her married life and her professional career.

The American actress is known for her role as Missy Cooper in the television sitcom The Big Bang Theory. Here’s more about her in the sections below.

The American actress was born on December 11, 1978, in Phillipsburg, New Jersey, United States. Courtney Henggeler was born to supportive and caring parents whose information is unknown at the moment. She belongs to American nationality where Capricorn is her ethnicity.

And moving towards her education status, she was quite interested in acting. Later, she started to practice and learn acting in Los Angeles. While she was in 9th grade, she auditioned at Carousel.

Courtney Henggeler is a married woman, and her husband is a producer and actor, Ross Kohn. The couple tied their marital knot on 15 October 2015 in the presence of their family and friends.

The pair announced the news of their marriage after Courtney uploaded an image of her in a bridal dress claiming that her husband was stuck with her and vowed to continue their relationship for 476 years to come on 15 October 2016.

Since their marriage in 2015, the couple is enjoying a blissful relationship. But, within those blissful four years, has the duo birthed any children?

The beautiful actress Courtney announced about being a mom on 9 November 2016. Later, she stated that she was in the third month of her pregnancy through her Instagram.

The American actress shared about her pregnancy
Image Source: People.com

A couple of months after, Courtney gave birth to her first baby, a boy, Oscar Noah Kohn on 25 January 2017.

The arrival of the baby added a lot of sweetness to Courtney, and her husband’s life, and the family of three looked super cute together. Following the birth of her first baby, Henggeler’s career took a little hiatus as she was not involved in any projects for about a year.

On 25 January 2018, the actress wished her son on the occasion of his first birthday and captioned it as;

TBT to exactly one year ago today. I was just minding my business, eating my third fudgecicle when this kid decided he wanted to party. Happy 1st Birthday to my wild boy. You make everything awesome.

After two years of the birth of her first baby, Courtney Henggeler who stars in Cobra Kai as Amanda Larusso announced that she and her spouse are expecting their second child.

Courtney with her husband and kids
Image Source: Fact Celeb

Following her announcement, the family of three welcomed their newest and cutest member as a daughter, Georgie Healy Kohn on 5 March 2019.

As of now, Henggeler and her spouse Kohn are enjoying their delightful life along with their children.

After appearing in the Cobra Kai, one can only assume that the actress’s net worth rose to a new height. As an actress, she appeared in 40 films and TV series from where she might have earned the wage of $48,000 to $52,000 annually with a median bonus of $1,032.

According to salary, the average salary of an actress is $57,459. Courtney Henggeler became a part of the showbiz industry at her young age which suggests she has been receiving a handsome amount of money. As per reports from Celebrity Net Worth, her net worth is around $1 million.

In 2011, the actress appeared in the romantic comedy film Friends with Benefits which was made under the budget of $35 Million and collected $150.4 Million at the box office. In the film, she shared the screen alongside Justin Timberlake and Mila Kunis.

The actress also played in the Criminal Minds, Roommates, NCIS, Happy Endings, and others from where she earned good paychecks. Besides that, she is also quite active on Instagram with 114k followers. Her posts are also helping to gain some digit in her net worth.

An American television sitcom The Big Bang Theory, created by Chuck Lorre and Bill Prady, premiered on CBS on 24 September 2007 and ended on 16 May 2019 after a total of 279 episodes over 12 seasons.

The show won seven Emmy Award for 46 nominations. The main character Jim Parsons, Kunal Nayyer, and Simon Helberg all earn $1 million per episode from the show. Other supporting characters earned $425,000 per episode. Since Courtney Henggeler was also a part of the show for three episodes, she must have received downwards of $425,000.

Courtney Henggeler played the role of Amanda LaRusso in 20 episodes of the action-comedy show, Cobra Kai. The series created by Jon Hurwitz is based on The Karate Kid film series. In the series, she appears alongside Ralph Macchio and William Zabka.

Visit Thecelebscloset to know more about other celebrities.