Corie Rayvon’ Dating Life Has Been a Mess; Know About Her Breakup 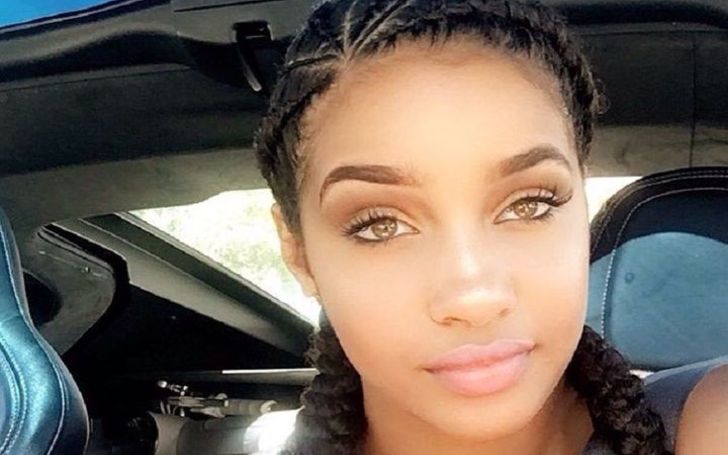 Nowadays the social media platform has become one of the easiest means to come into fame. Today’s topic is about a star born through social media, a YouTube star, Corie Rayvon, who has over 550 thousand subscribers to her channel.

The 5 feet 4 inches tall Corie has gathered huge number of fan following who are interested to know about her dating life. Is she dating or still single?

The 23 years old Corie Rayvon earned a huge number of fan following through her socials such as Instagram and YouTube. Most of her fans don’t quite know about who Rayvon is dating? Do you know?

For your information, the YouTuber is currently single. However, previously, she was in a romantic relationship with her former partner Khalil Underwood.

By profession, her ex-boyfriend is an American recording artist and YouTuber. Together Rayvon and Underwood co-owned a channel, Khalil And Cori which was created on 18 October 2017. But, now all of the channel’s videos are deleted except two, “Exploring an Island” and “We’re Back and We’re Better.”

Corie and Khalil’s relationship had always been in the spotlight, thanks to their YouTube Channel. It was going well for the two of them when suddenly, they broke up. The reason?

Well, they haven’t revealed the true reason behind their breakup. However, there are rumors claiming that Khalil left his girlfriend for some white girls as she is a colorist. Might that be true?

Once on 28 May 2019, SOLLUMINATI posted a video on his YouTube channel where he said that she is a beautiful girl and also perfect for him. Likewise, he also stated that he likes her and she is his dream girl.

SOLLUMINATI also said he will do those things that she like if she wants to travel; he is ready to travel along with her.

SOLLUMINATI also apologized for all those things that he had done wrong with her. Following his video, Corie also reacted to the video. Here’s the upload!

Another twist to their story, Corie’s ex-Khalil also posted a reaction video to Solluminati’s upload. Here’s the video!

Well, is there something going on between these three? Whatever it may be, tell us what you think about these people here!

The 23 years old Corie used to be a really good friend with another Youtuber, Ashley Ortega. Together they have some videos on their YouTube Channel. However, their friendship is no more. Why?

Well, the real reason still stays under the hood. However, the rumored reason is Rayvon’s closeness with another YouTuber, Jilly.

Corie spent most of her time with her friend Jilly and hence, she never had enough time for Ashley. Well, this reason seems quite legit, right?

Corie was born under the birth sign of Cancer on 2 July 1996 in Houston, Texas. Her father is from Texas and her mother is from California. Hence, she is of multiracial ethnic background. She has her roots in African, American, and Hawaiian roots.

As a child, Corie was also nicknamed Poopie or Poopie Doop. She also developed an interest in makeup after junior high school. As for her studies, she graduated from Pearland High School six months before the actual graduation date. Similarly, she joined a nursing school latter on; however, she has kept further details away from the media and the public.

Corie Rayvon earns a handsome amount of money from her career. She has successfully established her career on Youtube from where she earns huge net worth. As of now, her wealth is estimated at $1 Million.

The YouTuber created her self-titled YouTube channel on May 13, 2016, and after a week, she posted her first video My Curly Hair Tutorial. After that, she began posting reaction videos, challenges, pranks, and storytimes.

Her channel has 579 thousand subscribers. She makes monthly earnings of $1.66 thousand – $2.7 thousand which enables her to make annual earnings of just around $31.9 thousand.

For more about the YouTuber and other celebrity updates, make sure to follow, The Celebs Closet!