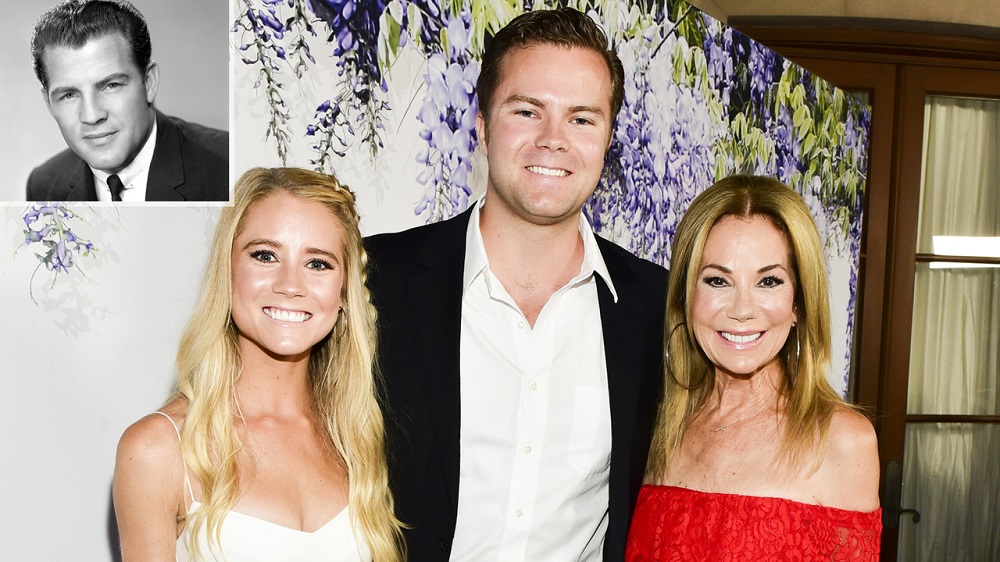 Celebrities children are undoubtedly born with a silver spoon. They come into the spotlight and grab huge attention even before their birth. Similarly, the Hall of Fame football player Frank Gifford and famous television host Kathie Lee Gifford’ son Cody Gifford has also grabbed huge attention in the media.

Cody is often on the headlines for his appearance exactly like his father rather than his personal and professional career. Scroll down to know everything about Cody Gifford’s wiki-bio, age, education, parents, nationality, and his resemblance with his late father.

Cody Gifford with his mother Kathie Lee Gifford and sister Cassidy Gifford attended a party in Beverly Hills for the Hallmark Channel. During that time, people could not help noticing his appearance that exactly looked similar to his late father, Frank Gifford.

Also See: Who is Kerryn Phelps married to? Know her Married Life, Divorce Issues, Children, Net Worth, and Earnings

Talking in an interview with the TODAY show, Kathie Lee explained that his son Cody looks exactly like her late husband now.

After the TODAY Show host uploaded a photo with her son from the event on her social media, Instagram, fans were quickly noticing her son as her husband. Many people claimed Cody as mini Frank and her daughter as mini Kathie.

One of the fans commented:

Cody and Cassidy both look so much like you and Frank, Kathie. Beautiful children from 2 beautiful people.

Cody has appeared in a film, Model Behavior alongside Maggie Lawson.

Kathie Lee Gifford and Frank Gifford, Cody Gifford’s parents were married for around 29 years. The couple was claimed to be one of the successful and stable couples in Hollywood that is quite hard to find these days.

Sadly, Frank died in 2015 at the age of 84. He died of a degenerative brain disease called chronic traumatic encephalopathy.

When Frank and Kathie Lee is often on the headlines, their son, Cody is just so opposite. He loves to enjoy a low-key profile. Though several of the fans and paparazzi are surfing around to know about his personal life, he successfully manages to keep his personal stuff out of the limelight.

Must Read: Nicolle Wallace Is Happily Married To Her Husband And Enjoys Parenting Her Child

However, a couple of gossip mongers proved that Cody is following his father’s Hall of Fame footsteps, and playing football at the University of Southern California.

After the death of his father, speaking with PEOPLE, Cody called his father, Frank as his role model. He said:

The great [New York Giants co-owner] Wellington Mara once called dad ‘the son any father would love to have and the father any son would be proud to have.

Since everything about Cody Gifford is hidden, not much about his current affairs is known.

Cody Gifford was born on March 22, 1990, and is 28 years old. He was born in the United States and belongs to American nationality. Cody is one of the two children of football player Frank Gifford and television host Kathie Lee Gifford.

He actively worked at the Fox Writers Studio as a writer’s assistant and previously worked as a development intern at Scott Free Productions while studying a Master’s degree in creative writing at the University of Oxford.

Cody has a sister Cassidy Gifford. In the same way, his half-siblings are Vicky Gifford Kennedy, Kyle Gifford, and Jeff Gifford.

While talking about his current relationship status, as per reports, he is currently dating girlfriend Erika Marie Brown. Cody posted a picture of him with his girlfriend on the Valentines Day on his Twitter account.

Likewise, his mother, Kathie Lee earns an astounding sum of $2 million per year from her co-hosting duties and has a net worth of around $30 million.