Coco Austin spotted twinning with her baby along with her husband: Is Coco Austin up to making her baby girl a stunner like her? Know her Married Life, Net worth, Wiki-bio 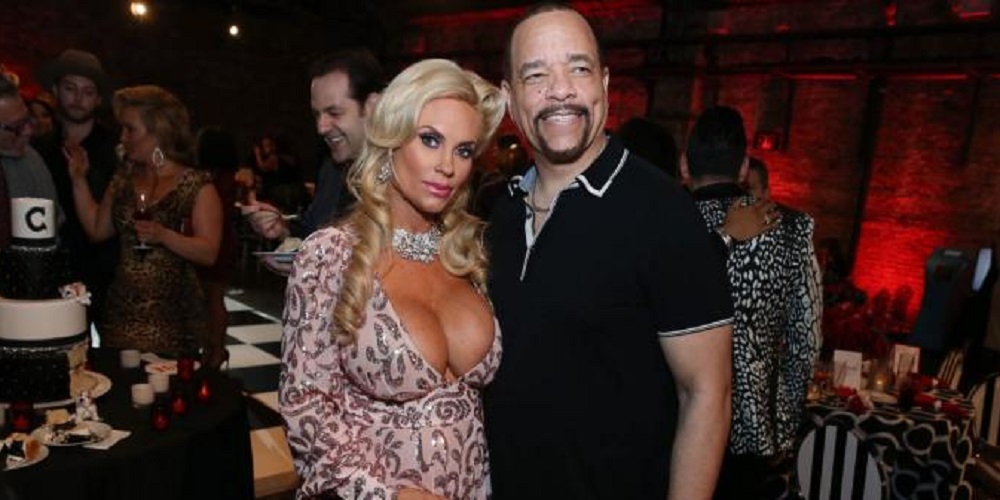 Nothing in the world is more graceful and beautiful than being a mother. No matter who you are, becoming a mother is divine and life-changing. All your major priorities in life get replaced with that little one once you hold him/her into your arm.

Coco Austin, a famous American model and web personality, is exactly in that phase of life. She is having the best days of her life with her daughter and her husband.

Coco was recently spotted twinning with her little girl on a shopping spree with her husband. Her followers are willing to know about her life after having a baby, her net worth and her lifestyle.

How much is Coco Austin enjoying her motherhood with her baby girl?

The little stunner, Chanel Nicole, daughter of Coco Austin and rapper Ice-T was born in November 2015. Since the day the baby girl was born Coco’s life has changed drastically. Till now she has been able to stand out of odds and be the hottest mom in the town.

Coco is very fond of twinning with her little girl. The mother-daughter duo has been caught many times in cameras with matching outfits.

As she was a lingerie model before she had a sexy body. However, after delivery, she put on some weight. She knew this was coming so she was all prepared. In one of her interviews, she has once said,

‘I was like: “What the heck? I need to be pregnant my whole life!” Then when I had her, that’s when the weight came back on. It easily came on faster – but now that I’m a mom I don’t [worry] so much about being in shape.’

Eventually, after three years, she is back into the action of showing off her magnificent body. Coco and Ice-T are totally up to pampering their daughter with all their love.

They are giving their best to become ideal parents. It is great to see that Coco is loving her motherhood and has abundant of love for her little princess Chanel.

Who is Coco Austin Married to? Is Coco’s marriage in danger?

Coco Austin married rapper-actor Tracy Ice-T Marrow in January 2002. Later in 2011, Austin and her husband renewed their marriage vows. They have a beautiful daughter named Chanel Nicole Marrow together.

I've had so much fun in the past celebrating my birthday at @salsaconfuego ..Had to do it again this year..Come see me this Thursday! FYI my actual birthday was this past Saturday, March 17th but was out of town so I'm making up for it on March 22nd

In the year 2016, Coco revealed some of her personal issues related to intimacy between her husband and Coco. After a few months of her daughter’s birth, she had a hard time to spice up her marriage life.

She said, the following things from where all the rumors about her marriage proven fake.

‘Sex is nonexistent for the first couple of months. There are no alone moments with your husband.You don’t even want sex. That’s the thing. Everything is about the child. Nothing is sexual in your world.’

‘It definitely changes.You don’t get the OK even to have sex or go to the gym until 16 [weeks]. We’re very much a tight family. At night – the dog, the baby – we all plop into our bed, and it’s a full bed.’

None of the issues ever created any problem in her married life. In fact, the couple is seen several times together with their daughter in various events.

Coco Austin married rapper-actor Tracy Ice-T Marrow over 15 years and is now living a blissful married life without any rumors of divorce or separation issues.

Discover: What is Singer Katherine Jenkins Relationship, Husband, and Children!

Coco’s Instagram photos are enough already to prove their love and strong bonding of marriage.

I had a great time with family doing some birthday shopping!…Even though they are the greatest gift Matching shirts- @sugararmyshop

How much is Coco Austin’s net worth? Sources of Income

Coco Austin has a net worth of approximately $4 million as of 2019. She has a five-bedroom house in Edgewater, New Jersey. However, her husband’s net worth is estimated to be around $40 million.

A family that matches together stays together.. We love red, can't ya tell? #KarmaRevero

Since her childhood, she was very bold and was very fond of playing football. She was also very interested in dancing.

In 1998 she won Miss Ujena contest in Mexico. She also featured in various low budget R-rated films like Southwest Babes, The Dirty Monks, and Desert Rose. She was also on a reality television series Ice loves Coco for three seasons.

Austin is 5 feet 2 inches tall. She has a beautiful pair of gray eyes. She has naturally brown hair later she dyed into blonde. Her zodiac sign is Pisces.