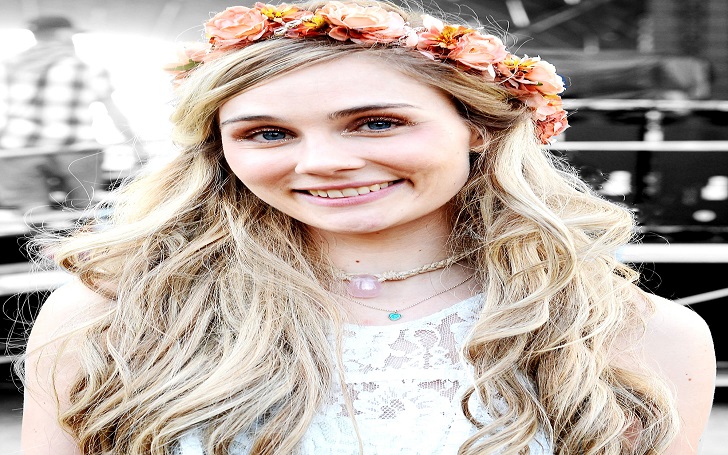 The ever so beautiful Australian singer and actress Clare Bowen has faced many hard times. Regardless of having too many difficulties, she is one of the renowned musician and actress.

Her life has become beautiful and full of happiness since she met her boyfriend, now-husband, Brandon Robert Young. She got engaged to her longtime boyfriend two years ago, but she married him last month. What was the reason for the delay in their marriage?

Let’s learn about Clare Bowen’s married life and her struggle with cancer.

The actress and singer Clare Bowen married her longtime boyfriend, musician, Brandon Robert Young. They married each other at the Cedar Hill Refuge in Nashville, Tennessee, on 21st October 2017.

Also, See: Is Sam Palladio Dating his Co-Actor Clare Bowen? His Silence Turned Out To Suspect If He Is Gay!

They were married by a dear friend of both the bride and groom, John Carter Cash. According to Bowen, the wedding day was the happiest day of her life.

Clare had snapped some sweet moments before the wedding, including sunrise views on the day she married. She shared the photo early Saturday morning and mentioned that she was going to marry her boyfriend-turned-fiance then.

Watching the sunrise. Wearing the blanket I was wrapped in when I was born around my shoulders. Gonna go marry my soulmate now. 🌸✨ #foreverbowenyoung

Young proposed Bowen onstage at The Grand Ole Opry in Nashville, on 5th December 2015. But after the engagement, Clare Bowen’s brother, Tim got sick. The couple went to Australia to take care of him.

Bowen admitted to Entertainment Tonight in an interview back in January that she never thought of her marriage until she met her now-husband Young.

I had never wanted to get married before Brandon, which I kind of love. We’re picking flowers and I’m designing dresses. It’s so beautiful. It’s so much fun. I had no idea because I didn’t have any dreams about it before him.

Congratulations to the newly-wed husband and wife! We pray Clare Bowen’s married life will bring her a lot of happiness in the coming days.

Born in the year 1984 in Australia, Actress and singer Clare Bowen’s birthday is on 12th of May. With the recent birthday celebration, Clare Brown’s age is 33. She was born to parents Tony and Kathleen who used to work for Qantas. She has Irish and Scottish descent. Bowen’s brother, Timothy is also a musician.

You May Also Like: Natalies Outlet Bio Reveals: Happily Married To Her Longtime Boyfriend

Bowen has a healthy and fit body. Clare Bowen’s height is 5 feet 6 inch. She is a cancer survivor. She had cancer between the ages of four and seven. Cancer is one of the reasons for short pixie hair from long hair. Bowen had end-stage nephroblastoma at the age of four, and during the nightmare, Bowen’s family was told:

The only hope of saving Bowen is an experimental treatment that might kill her anyway. But without it, she has maybe two weeks left.

Bowen lost her hair as a part of treatment. She cut her hair short after she came to hear that a little girl couldn’t be a princess as she didn’t have long hair.

Bowen has appeared in numerous movies and TV shows such as The Combination, Gangs of Oz, Home and Away, Nashville, The Red Valentine, and A Burning Thing. She is also a renowned singer. Her singles are: If I Didn’t Know Better, Change Your Mind, Black Roses, I Will Never Let You Know, and Love Steps In.

As her acting and singing career are both outstanding, Bowen must have a substantial net worth. As of 2017, Clare Bowen’s net worth is under review.