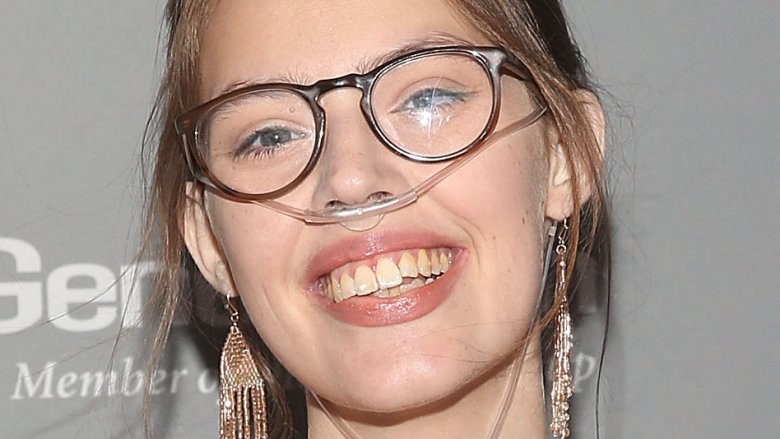 What would you do if you find out you’re going to die too soon? Without any doubts, you might lose your mind and start lamenting over it. However, the American YouTube, author, and activist Claire Wineland bio taught all of us a great lesson of life and death before dying. Yes, you heard that right! Claire Wineland death is the loss of motivation we have been thriving.

Claire Wineland is no more with us. The one who used to inspire and help others to live a meaningful life died on September 2, 2018, at the age of 21. She was the founder of a non-profit organization “Claire’s Place Foundation.” The organization used to support and organize people with terminal and chronic illness and their families. She also released her autobiography titled Every Breath I Take, Surviving and Thriving with Cystic Fibrosis.

Death is inevitable we all accept that but Claire, the TEDx speaker, was gone too soon. The world would be a better place if people like Claire would live more.

Who was Claire Wineland?

Claire Wineland was an author and activist. Being born with cystic fibrosis, her lungs failed at the age of 13. Doctors gave 1% chance of survival after a medically-induced coma.  Claire woke up after 16 days.

.@clairewineland celebrated life by confronting death. Sadly, on Sunday evening— one week after her lung transplant—she passed away at 21 years old. We’ll miss you, Claire. 💔 pic.twitter.com/W0SuQcAuId

Following that, Claire founded an organization named Claire’ Place Foundation in support of families affected by terminal illness, specifically cystic fibrosis. She also launched the 501(c)(3) non-profit to deliver assistance to children with cystic fibrosis and their affected families. The foundation has two operation programs: Support Families, which offers personalized support and help in areas such as treatment, care processes and emotive support from other parent volunteers; and Extended Hospital Stay Grants which provide financial aid to families who are going through extended hospital stays. The Foundation has given financial assistance to 26 families to date.

Caption; Claire Wineland on why she stopped doing YouTube videos

Claire was one of the keynote speakers at the AARC Congress, the 63rd International Respiratory Convention, and Exhibition.  She had spoken as a TEDx speaker at some conferences worldwide. She appeared in the documentary series My Last Days and an episode of Red Band Society. In 2014, Claire received Gloria Barron Prize for Young Heroes[ and Los Angeles Business Journal’s Small Nonprofit of the Year Award. She time-honored a Fox Teen Choice Award Honoree in the year 2015. In 2016, Claire was listed as one of Seventeen magazine’s 17 Power Teens.

Claire Wineland had a stroke on August 26, 2018,  due to a blood clot that stopped blood flow to the right side of Claire’ brain. After one week of a double-lung transplant at the UC San Diego Thornton Pavillion, she died aged 21 on September 2, 2018. Just as Claire always wanted, her organs were donated to those who are in need.

Claire Wineland was born in 1997 in Austin, Texas to her parents Melissa Yeager and John Wineland. She had a little sister named, Ellie. Information about her educational background is missing.

Claire used to celebrate her birthday on 10 April. Regarding her ethnicity, she was of white ethnicity. Before her death, Claire was actively using social sites like Instagram and Twitter to aware people about her illness. She had more than 131k followers on Instagram and 24k followers on Twitter.