All About CJ Pearson’ Net Worth and Personal Details! 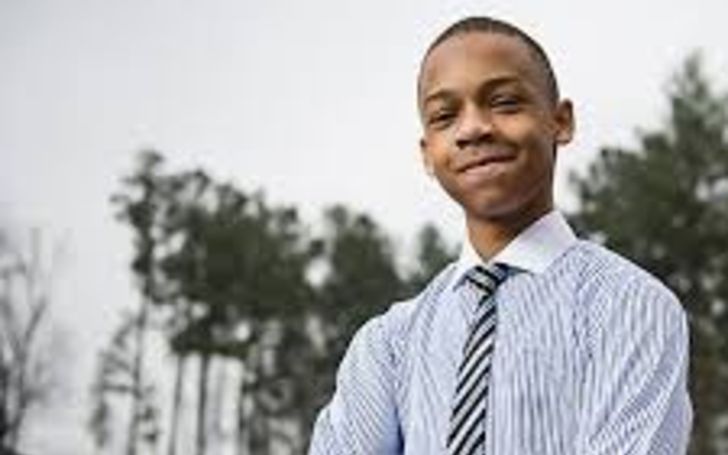 Imagine this, you’re just 17 years old and yet you’ve made a name for yourself in politics and such other achievements. Well, this might be imagination for you, but for CJ Pearson, it’s his life! He holds the title, ‘Left’s Youngest Nightmare’ though he is just a mere high school student.

The teenager became a matter of discussion when he amassed the attention of more than 370,000 people on Facebook, more than 250,000 followers on Twitter and millions of views on YouTube, Facebook, and Twitter. He is best known for his online political commentary. Let’s find out how the young man is able to gain international fame.

The young political activist was born on July 31, 2002, in Augusta, Georgia and raised in Grovetown. CJ, whose full name is Coreco Ja’Quan Pearson, was brought up by the registered Democrat parents. Pearson now, however, lives with his grandparents, Willie and Robin Pearson. His grandmother was a former educator, whereas his grandfather started his contractor business after retiring from the American military.

Besides his young and innocent thoughts, he has taken a path that no one ever thought. The young black boy held an interest in politics since grade two and closely followed the excitement of the 2008 election. He even voted the casting for John Mccain in his classroom presidential mock election.

Ever since the 2008 elections, he underwent a thoughtful self-discovery and became the conservative teenager commentator. The fiery passion within him at an incredibly young age made him sharply diverged towards the support of Donald Trump.

Over the past few years, Pearson has emerged as a leading ideal among right-leaning youth. Being wise and mature beyond his age, CJ gained national attention for a video denouncing President Barack Obama for inviting clock-making high school student Ahmed Mohamed to the White House. The then-13 years old boy then became an overnight sensation online for that particular video.

The 13-year-old boy back then had many interviews after his viral commentary video. Pearson began to appear more often in the media with interviews, TV news, newspaper and so on. As the 13-year young man said “I don’t want to be the conservative wonder kid that people follow because I make them feel good and like young people are part of their movement. I want to be followed because I’m the voice of a generation that doesn’t have a voice at the table.”

After becoming one of the activists and inspiring many youths, Pearson never got out of controversies. The 17 years old conservative was getting highlight through his continued commentary posts on social sites. Due to which he was banned from Facebook.

In addition, the young gentleman then was endorsed by conservative politicians like Rand Paul and Allen West and he interviewed Ted Cruz for his YouTube channel in May 2015. Not only he has shown interest in politics but also involved in numerous campaigns.

Apparently, the young man has become a hot topic as he challenged to debate the 16 years old climate and environmental activist, Greta Thunberg.

“[Greta] — adolescent teen — let us meet on the battle of ideas and debate the merits of your claim that climate change is your existential catastrophe you describe it to be,” tweeted CJ.

The YouTube Vlogger widely known for his outspoken conservative views is estimated to have a fortune of $500 thousand to date. The successful YouTuber is able to garner the total sum through his Vlogs on YouTube.