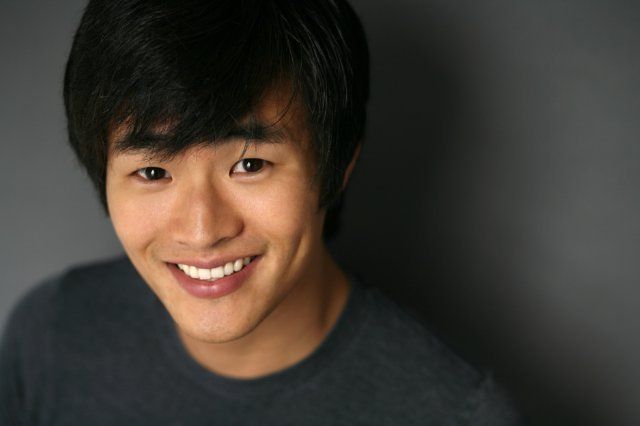 Acting isn’t the only thing required to make it big into the film industry. Along with acting skills, you need to have passion, hard-work, and dedication. There are only a few actors out there with such passion and commitment, and one of the actors is Christopher Larkin. Larkin is an American actor and musician who is best known for playing the role of Monty Green in the CW series The 100. His hard-work and dedication to acting have made him the person he is today.

Christopher Larkin Dating Affair; Who is His Girlfriend?

Well, Carla Ching is an American playwright, TV writer, and actor who hails from Los Angeles, California who was a writer on season 2 of Fear the Walking Dead. Though the couple is quite secretive about their dating affairs, since, when did they begin dating? No one knows.

My girlfriend @carlaching just got a job as a writer on #FearTheWalkingDead.
Prepare yourself, @DebnamCarey.
Prepare. Your. Self.

It has been over five years since Christopher began dating Carla. They could have begun dating early before, but without concrete proof, we can’t confirm anything. But in 2012, he had relocated to Los Angeles along with his girlfriend Carla and his then bandmate. In August 2017, Christopher Larkin revealed in an interview that he and his girlfriend, Carla Ching, had been developing a play together for the last three years.

Their relationship seems to mean for the long haul; so we hope they will get married very soon.

How much is Christopher Larkin Net worth?

Christopher Larkin is a great actor. On top of being an actor, he is also a musician. Being a professional actor, he earns most of his income through movies and TV shows. Over the past few years, Larkin has appeared in a lot of TV shows like One Life to Live, Squad 85, Awkward to name a few. He is currently living a lavish lifestyle.

When Larkin was young, he acted in school plays. Larkin took off the fall semester of his senior year to play the title character in Steppenwolf Theatre Company’s production of Kafka on the Shore in Chicago, Illinois. He also acted in several Off-Broadway productions. In 2009, he earned his theatre degree.

Larkin made his debut in the film industry by playing a leading role in Hallmark Hall of Fame’s “The Flamingo Rising.” Since then, Larkin has appeared in numerous movies, television programs, and plays. He is currently playing the role of Monty Green on the CW series The 100.

Larkin is also pretty good in music. In the world of music, he goes by the name of ‘Carry Hatchet.’ On September 29, 2015, he self-released his debut album The News Today. He dropped his second album; The Happiest Album Ever Made on November 13, 2017.

In 1987, Christopher Larkin was born in Daegu, South Korea. He celebrates his birthday on October 2nd. When he was four months old, Elaine and Peter Larkin adopted him. They raised him in Hebron, Connecticut. He holds American citizenship.

In 2005, Larkin graduated from both RHAM High School and the Greater Hartford Academy of the Arts. He later attended Fordham University’s campus at Lincoln Center in New York City.

As of now, Larkin is 30 years old. His zodiac sign is Libra. Larkin has an athletic body with a height of 5 feet 8 inches. To connect with his fans, he uses Instagram and Twitter.