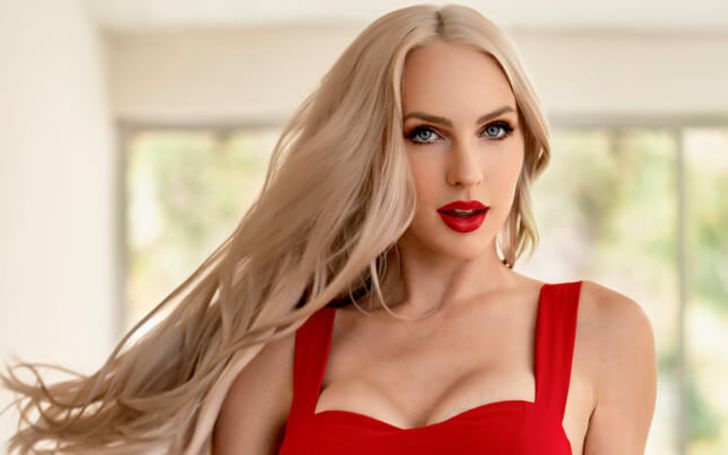 If you may not know, Christine Quinn is an American reality television star who is best known as one of the best agents of the show ‘Selling Sunset’. The show has successfully sold many things and the shoe has been praised a lot.

Besides model and actress, Christine Quinn is also a real estate agent and an entrepreneur. The talented Quinn worked for Oppenheim Group for five years and is now working as an agent of real estate in a luxury property sale.

The wonderful model was born on 14 October 1988 in a place of Dallas, Texas to a parents Lawrence Quinn (Father) and Mary Quinn (Mother) with the full name of Christine Bently Quinn. According to the sources, she is the only child of her parents.

Christine is now 31 years old and is turning 32 in the coming October. It seems fast as she got fame after Selling Sunset which was released when she was 31.

Christine Quinn Husband and Past Boyfriends

The gorgeous looking actress had a couple of relationships in the past which didn’t last long. However, we can also suppose she was more interested in her career rather than any serious relationship.

Recently, she is happily married to Christian Richard, whom she dated for a couple of months only. Moving on with her residence, she is now living with her husband in Hollywood Hills of Los Angeles. Follow her on Instagram to know her closely.

Christian Richard, Quinn’s husband is a millionaire tech businessman who is a former software engineer. He was retired from his job at 35 and is now running a business which has provided him quite good financial support.

Christine’s wedding has been rasing a lot of questions as it was not a small wedding. The marriage took place at the Cathedral of Saint Vibiana in downtown Los Angeles on December 15, 2019. It had a heavenly theme of red and black with Faux thunderstorms, Faux thunderstorms, black swan, and more. With the black gown worn by Quinn, her total wedding’s cost estimated to be crossed $1 million. The gown, itself was a cost of $50,000.

Christine Quinn is renowned and probably the best real estate agent. Her salary starts from the six-figure sum for her each deal. The actress has also got some earning from show Selling Sunset. Summing all up, it is estimated that she has a net worth of $2 million.

Her husband, Christian, being the millionaire has also helped her a lot financially and to gain popularity. After the marriage, she brought the house worth $5 million. So, we can suppose she is living a luxurious life.

For more news and updates about your favorite stars, please stay connected with us at The Celebs Closet