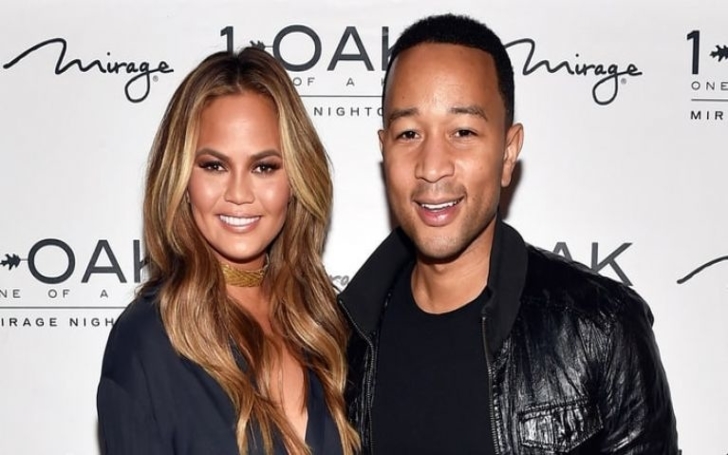 On Wednesday, the 33-year-old model took to Twitter to post the photoshopped pictures of her and her husband John Legend, with whom she stayed at home during Grammys 2019, as professional soccer players.

Teigen captioned the photoshopped torso of the soccer players.

Does this look real? We are trying to get into Harvard.

The model also included a photoshopped photo of celebrity hairstylist Jen Atkin and her husband Mike Rosenthal’s face on two other soccer players.

does this look real? we are trying to get into harvard @jenatkinhair @mrmikerosenthal @johnlegend pic.twitter.com/jpcNGq2mVi

Teigen’s joke is directed towards the recently steaming news where federal prosecutors filed charges against 33 parents, who were involved in the scam. Here, the parents allegedly bribed millions of dollars to get their kids into elite colleges.

As per the scandal, the athletic coaches are reportedly bribed to help get their kids into the offspring into elite colleges and universities including Yale, Georgetown, the University of Southern California and Stanford.

According to the complaint of the two involved,  Devin Sloane and Elisabeth Kimmel,  they presented photoshopped photos of kids resembling athletes alongside large checks amounting to millions of dollars so that their children could attend the University of Southern California (USC). So, that’s where Chrissy’s photoshop idea came from!

As per the accusation,  Sloane purchased water polo gear through Jeff Bezos‘ Amazon. Then, he worked with a graphic designer to create photos of his son playing the sport.

In this massive massive bribery, money laundering, and document fabrication investigation, more than 50 parents were guilty. The guilty party included some high-profile celebrities like  Lori Loughlin and Felicity Huffman.