How is Chris Hemsworth’ Married Life With Wife Elsa Pataky? Know His Wiki-Bio Including His Age, Net Worth, Movie, Career, and More! 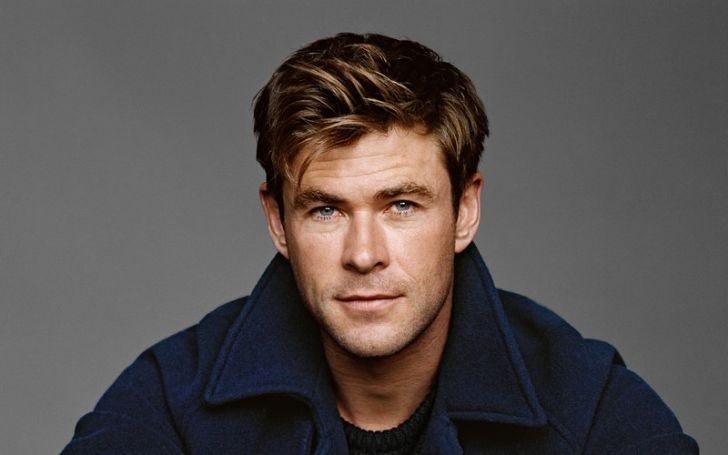 There may be very few people in the world that have not heard the name of the Chris Hemsworth. Chris Hemsworth is an Australian actor who rose to prominence after starring in the TV series, Home and Away. He is popularly recognized by the character Thor which he portrays for the Marvel Studios movie, Thor.

He is an extremely talented actor and is popular for his looks, style, muscular body, comedy etc. Therefore, we will go through Chris Hemsworth‘s married life, net worth, career, age, height and so on.

Talking about Chris Hemsworth’s married life, he is blissfully married to Spanish actress, Elsa Pataky. The couple first met in early 2010 through their friend circle and after a few meetings, they fell in love.

As a result, they tied the knot in the same year in December in a private wedding ceremony. Chris Hemsworth is 7 years younger than his wife Elsa.

Read Also: Liam Hemsworth Just Got Married; Know His Wiki-Bio Including His Net Worth, Career, and Movies!

The couple shares three children, a daughter, India Rose born on May 11, 2012, and a twin boys Tristan and Sasha Hemsworth born on March 21, 2014. In 2015, Hemsworth and his family relocated to his home country, Australia from Los Angeles.

Even though, Chris is always filming and busy, his wife appreciates his fatherly duty and the work he does for their children.

Chris Hemsworth is one of the highest paid actors in the world. In 2017, he ranked in the top 20 lists of Forbes Highest Paid actors with a total value of $31.5 million.

As of 2018, his estimated net worth is a whopping $90million. He is an illustrious actor and currently earns more than $20 million per movie.
He made $27 million from the movie, Snow White And The Huntsman.

YouTube: Chris Hemsworth in Snow White and The Huntsman Trailer

Similarly, he also acquired a Balinese house in Byron Bay of $7.2 million in 2014 and later spent $8 million in its renovation.

Chris Hemsworth began his acting career in 2002, acting in Australian fantasy television series, Guinevere Jones in a small role as King Arthur in two episodes. He later appeared in various TV series like Neighbours, Marshall Law, Home and Away.

You Might Also Like: Miley Cyrus Married Liam Hemsworth; Know about Her Wiki-Bio, Net Worth, Career and more!

In 2006, Hemsworth participated in the fifth episode of Dancing with the Stars Australia. He then worked in two American movies Star Trek and American Adventure thriller movie A Perfect Getaway in 2009. 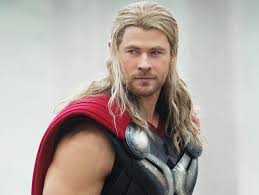 Then Chris Hemsworth moved to the U.S to continue his Hollywood career. Hemsworth soared to popularity after he was cast as Thor in the 2011 Marvel Studio superhero movie alongside Natalie Portman, Tom Hiddleston, Stellan Skarsgard, Colm Feore, and others.

In 2012, Hemsworth represented the role of Huntsman opposite Kristen Stewart in the American fantasy film, Snow White and the Huntsman. The movie was based on the German fairy tale Snow White.

Chris Hemsworth was born Christopher Hemsworth on August 11, 1983, in Melbourne, Victoria, Australia. He is the second son of Leonie and Craig Hemsworth. His mother is an English teacher and father a social-services advocate.

Chris has two brothers Luke Hemsworth and Liam Hemsworth, both are actors as well. He and his brothers, Luke and Liam were raised along in Melbourne. 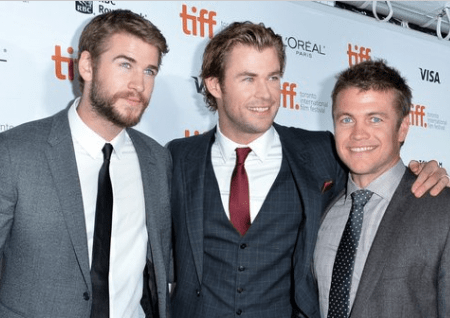 Hemsworth finished his high school from Heathmont College before his family returned to Northern Territory. After a few years, his family moved to Phillip Island.

Must Read: Meet Luke Hemsworth another star in making with details of his girlfriend,dating, family and brothers!

Furthermore, he studied American English at Screenwise Film and TV School for Actors in Sydney, Australia.

Chris Hemsworth’s got a strong and muscular body.  He is approximately 6 feet 3 inches tall and weighs around 91 Kg. Similarly, his chest size is 48 inches, waist 16 inches, and biceps are 16 inches.

Currently, Chris is currently 35 years old. He has blue eyes and blonde hair, and his ethnicity is White.