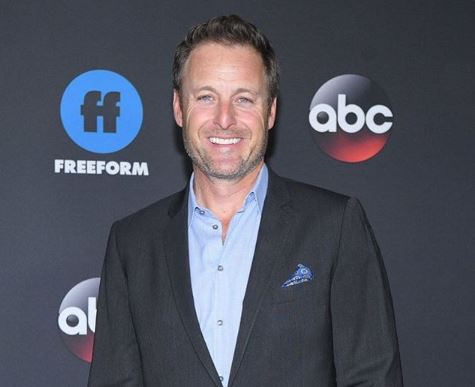 Born in Dallas, Texas, Chris Harrison is an American TV and game show host, best known for hosting the ABC reality television dating show, The Bachelor and The Bachelorette since the very beginning. He has even served as the host of “Who Wants to Be a Millionaire?” since 2015. In the meantime, Harrison also hosts HGTV’s Designer’s Challenge and Mall Masters at Game Show Network.

The man who has been playing matchmaker for the past 16 years in ABC’s dating shows couldn’t protect his own marriage that ended in 2012. Hence, TV viewers are eager to know his current dating status. So, who is Chris Harrison girlfriend at present?

Chris Harrison married his girlfriend, college sweetheart Gwen Harrison in November 1993. Before getting married, the pair dated for over a year.

They welcomed two children- Joshua, 15, and Taylor, 13. Unfortunately, Chris and his now ex-wife announced their split in May 2012 after 18 years of marriage. Their divorce was because of Chris’ extra-marital affairs, as per the rumors circulated.

The pair said in a joint statement:

“Though we have made this incredibly difficult decision to separate, our love and mutual respect remain, and we look forward to sharing in the lives of our wonderful children.”

Chris introduced his new girlfriend, Selma Alameri, after the divorce from his wife. In 2013, he was also reportedly dating Kelly Sarac. However, Chris is reportedly single at present.

The rumor mill has tried to tie Chris to various Bachelorette contestants over the years, but none of the rumors was ever confirmed. Chris even expressed that he never sees the shows as an opportunity to go with the franchise alumnus.

As of 2019, Chris is dating his new girlfriend, Lauren Zima. They even debuted their red carpet at a Pre-Screen Actors Guild Awards party.

Chris Harrison Net worth and Salary

Chris marked the beginning of his career as a sports reporter at CBS affiliate KWTV in Oklahoma City from 1993 to 1999. He was also the host of Designers’ Challenge on HGTV. He hosted the pre-show of the American Music Awards live on ABC on November 23, 2008. In 2009, POP, formerly known as TV Guide Network, signed him to host the Prime-Time Emmy Awards. He then hosted shows like You Deserve It, Mall Masters, and Hollywood 411, to name a few.

In April 2015, Chris replaced Terry Crews as host of Disney-ABC’s TV Gameshow “Who Wants to Be a Millionaire?” He is the host of ABC’s dating show The Bachelor and its franchise. He is also the voice of TLC’s Say Yes To The Dress.

According to Celebrity Net worth, Chris receives an annual salary of $8 million from ABC Network. But what’s the figure of Chris Harrison net worth?

Chris Bryan Harrison was born in Dallas, Texas, in 1971 to parents- Richard Benjamin Harrison and Mary Beth Harrison. He celebrates his birthday on 26 July, making his current age 47. Moreover, his zodiac sign is Leo.

Nothing more is known about Chris’ family, parents, and siblings.

In 1989, he graduated from Lake Highlands High School. He received a soccer scholarship at Oklahoma City University.

Chris has a decent height with an attractive figure. His height measures 5 feet 8 inches.