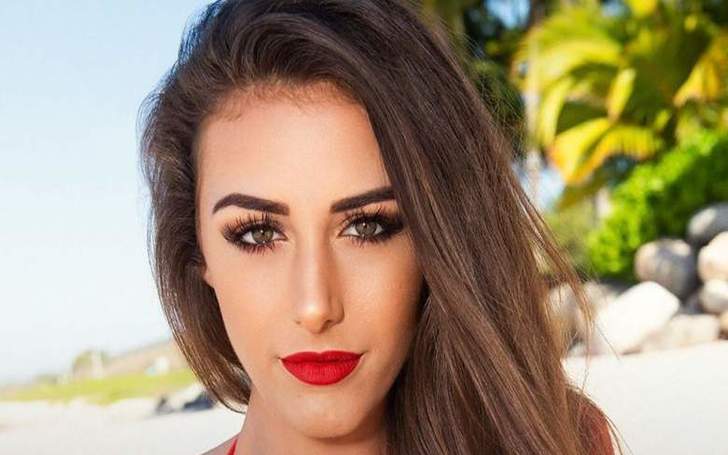 Chloe Veitch is an English TV personality who rose to fame for her appearance on Netflix’s original dating reality show, Too Hot To Handle which was released in April 2020.

After the end of the show, fans must have wondered about Chloe Veitch’s whereabouts. So, where is she? Also, the Essex native couldn’t find love on the saying show. But, did she find after leaving the show?

Who Is Chloe Veitch In A Relationship?

Chloe Veitch met several men and even shared a short-lived fling with them on Netflix’s Too Hot To Handle. But, obviously, the universe figured it wasn’t the place for Chloe to find love.

Speaking of which, one of the men was none other than Australian born entrepreneur Harry Jowsey with whom Chloe shared her first kiss on the show. But, there was no chemistry between them as Jowsey then asked out Francesca Farago.

As of July 2020, the influencer, however, is still single and enjoying her life to the fullest. And, when it happens on the right time, Chloe will surely let her fans know it and introduce the lucky man.

Before Too Hot To Handle gave Chloe Veitch fame, she was already a successful working model in Britain. Chloe who now surpassed over 1.6 million Instagram followers is repped by Glamour and worked for many popular international brands.

Veitch can be found promoting brands like Fashion Nova and AZELLE COLLECTION on social media. Veitch can be expected to make no less than $10,000 a year which is an average income for models in the UK.

Other than that, Chloe who can be expected to have a net worth of no less than $100,000 also made $7500 from Too Hot To Handle, though she didn’t find love, she was able to win money. And, with the way her career keeps flourishing, the aspiring singer will only bag more money from here.