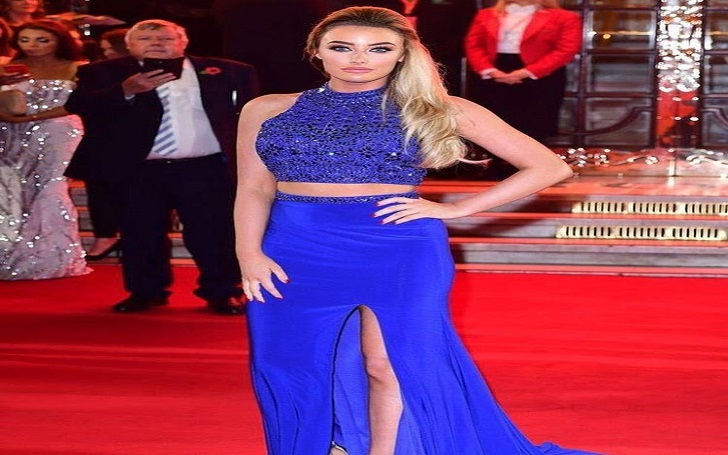 When it comes to relations it’s not always a successful one; it’s also a failure sometimes. But not all couples end their love in an instance; few give their love a second chance. Relating the fact to the entertainment industry, we can witness celebrities who break up with their partner in the morning and patch up at the end of the day. Well, that’s probably a normal thing to them right?

Similar was the case with the Love Island star Chloe Crowhurst who dated the Towie star, Jonathan Clark. After all the dramas they put up in the public sphere about their breakup was meaningless when they locked lips in public when they encountered each other in a club. Does this mean they’re back together? Scroll down to know about their on and off the relationship.

What led to Chloe and Jon’s breakup?

If you’re a daily viewer of the dating show Love Island, then you have probably guessed it by now all the dramas created by Chloe and her boyfriend, Jon. Before going to Love Island, Chloe stated that she had broken up with her boyfriend and was ready to find her love on the dating show. But this turns out to be false when her ex-boyfriend stated that they were still in a relationship before she went for the reality show and broke up with him after the producers approached Chloe.

Also, Read: ‘Why Him’ actress Zoey Deutch breakup with her boyfriend

He also stated that Chloe was a fame hunger and on the other hand Chloe accused Jon of cheating on her numerous time. The couple had a twitter war which gave their fans and followers a clear picture of what’s happening. Not only were they criticizing each other on Twitter, but Chloe also leaked convo with Jon on Whatsapp after she was voted out in Love Island. So, without further ado lets look into it.

According to Daily Mail, Chloe Crowhurst tweeted ” I was 100% single when entering the villa, as Jon cheated more times than once. I have not and will not try to win him back.”

Jon also tweeted ” Didn’t take long did it…. #GoAway.” referring to the vote out of the reality dating show where Chloe had to leave the Love Island villa with her partner Sam.

Also, see: Diego Serrano: Found A New Girlfriend After Experiencing An Intense Breakup With His Ex

In response to Jon’s tweet, Chloe released a convo made to her ex-boyfriend. Let’s have a look.

Is Chloe going back to her ex-lover? Let’s know what the couple is up to.

The duo was seen arguing on the street of London outside the DSTRKT nightclub where Chloe was enjoying her reunion with her fellow star Jess Shears. But guess what they did after bad-mouthing each other in public, they made out. Yes, you heard that right. It didn’t take them long to for them to embrace each other in their arms which was followed by a kiss. Scroll down to witness it for yourself.

In the following picture, you can see Chloe and Jonathan hugging and kissing.

Despite all those word wars and dramas, they were seen kissing in public which gives a message that they are getting back together. Sources have stated that they are currently in a relationship with each other. But if you dig into their social media sites it seems they lack each others presence in their posts.