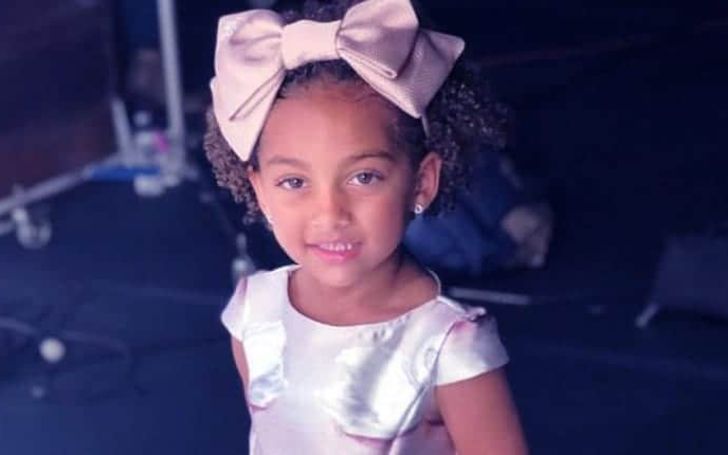 Imagine being in the limelight the moment you are born. Chole Chrisley is among them. The child celebrity rose to fame after she appeared in the reality show Chrisley Knows Best.

Chole became known by the world when she was only a year and a half old. Know more about her below.

Chole Chrisley is the daughter of the Chrisley Knows Best reality show star, Kyle Chrisley and Angela Victoria Johnson. Similarly, Todd Chrisley and Julie Chrisley are her grandparents and currently live with them.

What Happened to Her Parents?

Chole’s father Kyle is reportedly bipolar and suffers from a mental illness. Due to the condition, he started taking drugs. He and Angela had a rather rough relationship as Anglea accused him of showing violent behaviors towards her.

Angela reported that he was abusive toward her daughter Chole as well. It later became the cause for them to split. Due to Kyle’s aggressive behavior, Angela and Chole’s grandparents won shared custody of Chole.

After the split, Kyle married Alexus Chrisley. But the relationship didn’t last either. Alexus also claimed that he showed abusive behaviors and threatened to end her life. This followed an open warrant in Kyle’s name.

The former Tv star was arrested on May 2019, when cops found meth in his car. He was pulled over by cops for a damaged tail-light. But the cops decided to check his possessions nonetheless. And the cops were right to follow their instincts as they found meth hidden in one of the cups.

Kyle Christley again hit the news on September 2019, when news of his hospitalization surfaced. He reportedly attempted suicide. But it later revealed that the suicidal tendencies were the side effects of his current medications.

Later in 2016, Angela was also arrested for trying to cheat Medicaid and food stamps. After her arrest, Todd and his wife got full custody of Chole.

Even though Angela completed her sentence, Todd refused to let go of Chole’s custody to her mother. However, they have allowed visits from Angela on a weekly basis.

Accusations Towards Her Grandparents

It was also later revealed that Kyle and Angela tried to extort money from Chole accusing them of being racist. They allegedly asked them $20,000 to keep quiet. But Todd denied the allegations and refused to pay the money. They agreed to rather meet in court. Nonetheless, the matter did not reach the court’s gates.

The duo also accused them of using the young star’s mixed-race to increase their show’s ratings. Although, the real estate VIP claimed that she loves her grand-daughter and refused the claims made by his son.

Born in 2012, Chole Chrisley is only 7 years of age and probably has no source of income yet to determine her net worth. However, her father has an estimated net worth of around $1 million.

Similarly, her grandfather Todd has a net worth of about $6 million. Todd is a real estate magnate and has a huge real estate business. And his wife Julia alone has a $3 million net worth.

Stick with TheCelebsCloset for biographies!