Linkin Park lead vocalist, Chester Bennington dies of suicide at the age of 41! 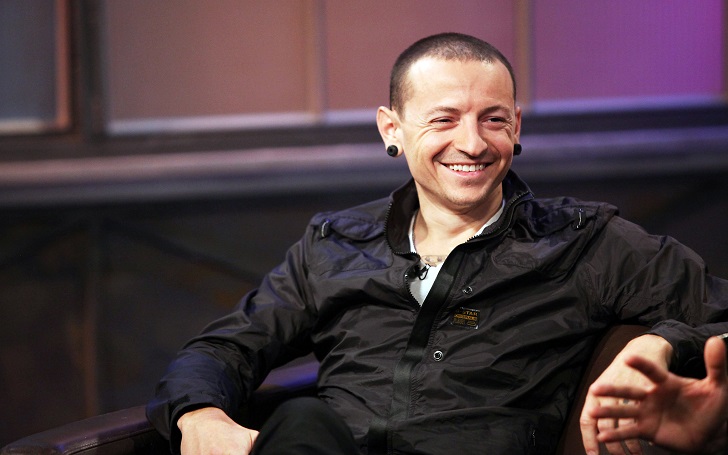 The news came as a shock, Chester Bennington of Linkin Park is no more!!!

The heart and soul of the band Linkin Park, Chester Bennington died at his home in L.A. on 20 July 2017 at the age of 41. Police suspected that he committed suicide by hanging himself at his private residence following a struggle with substance abuse.

Many celebrities like Rihanna and his band members were in shock as they paid their condolences in the passing of the elite singer and performer.

I am in tears.Chester just told me how happy he was…..He was such a sweet and talented man……Ifeel so sad for his family,band mates and fans

Shocked and heartbroken, but it's true. An official statement will come out as soon as we have one.

Likewise, many of his fans and followers also were in shock as Chester was one of the elites in the hard rock music industry. In fact, Chester also did struggle with drugs and alcohol. In an interview in 2009, talking about his addiction he said;

“It’s cool to be a part of recovery. This is just who I am, this is what I write about, what I do, and most of my work has been a reflection of what I’ve been going through in one way or another.”

May his soul rest in peace!!

The late multi-talented, singer, songwriter, actor and musician, late Chester Bennington was born on 20 March 1976 in Phoenix, Arizona, United States. Regarding his parents, his father’s name is Lee Russell Bennington and his mother is Susan Elaine Johnson. Moreover, he has a brother, Brian Bennington.

Until his death in 2017 he was in a married relationship with his second wife Talinda Ann Bennington. Previously, he married Samantha Marie Olit in 1996 and their marital relationship ended in 2005. The same year of his divorce with Samantha, Chester tied the knot with Talinda. Altogether, he had six children.