Cersei Lannister of GOT, Lena Headey Recently Got Engaged With Dan Cadan, Know Her Ex-Married Life With Peter Paul Loughran! 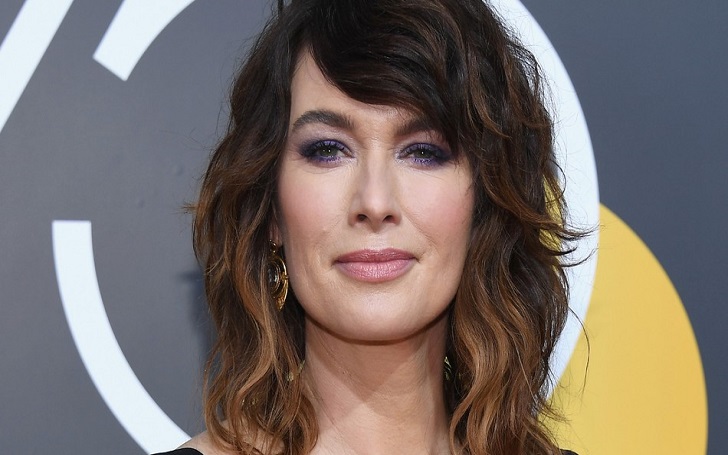 Lena Headey, best known as Cersei Lannister in HBO’s fantasy series Game Of Thrones (GOT), is recently engaged with Dan Cadan. The 43-year-old, hot and beautiful, has always kept her personal life in private but her things have always come up to the media and are stated in bold letters and so is following again with her second engagement with Dan Cadan.

Without any further ado, let’s start exploring the details about her wedding, engagement, husband and wiki facts.

Is Lena Headey Planning a Wedding With Her Husband!

Headey who has been a successful actress in different TV shows and movies has almost fixed her wedding date with her fiancé, Dan Cadan, this summer.

Also, See: Who Is Heartbeat Actress Tricia Penrose Married To?

Previously, when Lena Headey and Peter Loughran got divorced, she swore off another marriage, but later she accepted the marriage proposal from boyfriend Dan Cadan. In an interview, Lena gave to New York Times, talking about her wedding plans, she said;

“But it actually feels really wonderful.”

Dan Cadan is a filmmaker who has directed different movies which became hit in the cinema world. Dan has also directed his to-be wife, Lena in a movie, The Devil’s Wedding.

Dan and Lena are friends since childhood, but they were not in any such relation before. It seems that they started dating each other in between 2011-2015. About the relation with Cadan, she opened up in 2015, she tweets:

After the separation of Lena Headey and Peter Loughran, she became pregnant and later she had her second child, a daughter and named Teddy, with Dan Cadan.

Why she divorced with her Ex-Husband, Peter Loughran?

Lena married Peter Loughran in May 2007 at the age of 34, and they have a baby, son- Wylie Loughran, who was born on 2010. However, the marriage could not be satisfied, and after five years of marriage, they got divorced in 2012. She had previously said that loving Peter happened at first sight, but somehow the first sighted love happened to end dramatically.

In an interview with Eonline, she was asked about the divorce with her ex-husband, and she said

“It’s tough, there’s a lot of hurt and sadness and disappointment. Grief. Massive grief. It’s a mourning process, and yet nobody’s died.”

Lena Headey has been dating many others before marrying Peter Loughran. She was firstly engaged with Johnny Cicco, but it ended without marriage. She also had a boyfriend later, Jason Flemyng, a co-star in the movie- The Jungle Book. She also had tattoos of his name in Thai and arm which is covered now. She also got linked to GOT co-star Jerome Flynn but ended badly and also were not allowed to be near on the shooting set of GOT.

Now it is a confirmed news about the marriage of Lena with Dan Cadan.

Lena Headey as Cersei Lannister in Game of Thrones

Cersei Lannister, portrayed by Lena Headey in HBO series- GOT. She is the widow of King Robert Baratheon and Queen of the Seven Kingdom. She is the only daughter of Tywin Lannister with brothers- Jaime Lannister(Nikolaj Coster) and Tyrion Lannister(Peter Dinklage) She is secretly in incest with her brother Jaime and had three children, Joffrey, Myrcella, and Tommen, who is killed during the run of the show.

After the assassinations of her family, she assumes herself as the protector of the second kingdom and the Queen of Andalas. She is the main character in the show and has been in the show for all seasons (1- present).

She tweets about the launch of the new season.

You're all very excited about lunch for some reason ….

A small bio of Lena Headey

Lena Headey is a fit actor and a model. She still has a voluptuous bikini body for a photo shoot and many fans of her who finds her admirably hot. Her height is 5 feet 5 inches, and weight is 54 Kg. As of 2019, Headey is 45 years of age.