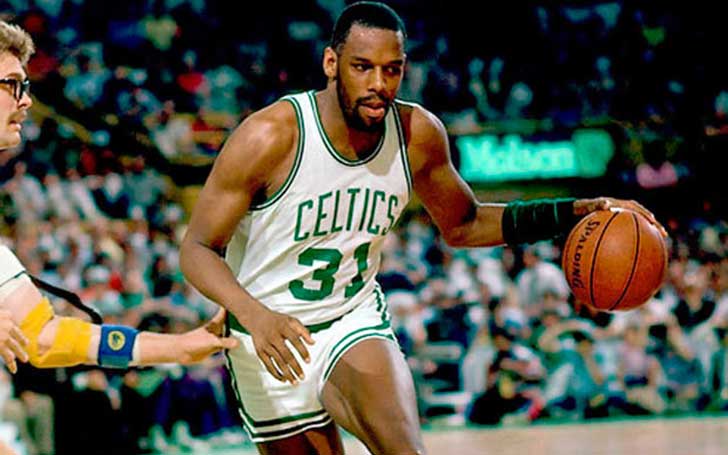 The United Staes of America is blessed with the world’s best basketball players. Likewise, Cedric Maxwell is an American retired professional basketball player of the USA. He is currently working in radio broadcasting.

As of now, there are no rumors of his dating life. He hasn’t disclosed anything about his past affairs and girlfriends. Neither Cedric has even gushed about having a wife and being married.

Also if Cedric has a partner in his life, he has kept her away from the limelight. And with all due respect to his privacy, we won’t bombard you with false assumptions about his relationship, girlfriends, and wife.

However, Cedric Maxwell has four children: two sons, Madison and Devin, and two daughters, Shemeka and Morgan. It’s still a mystery for his fans and media whether Cedric Maxwell is a married man. If not, then who is the mother of his children?

My daughter recently asked me if playing in front of big crowds makes me nervous. I laughed. When you’re focused, you don’t worry about anything else. #kickass #uncc #ncaabasketballtournament1977 #selectionsunday #bigdance

We will update you once we find a clue about his love life.

Cedric might be single however he has heaps of money to accompany him in his life. The veteran basketball player, Cedric Maxwell has a net worth of $750 thousand.

He currently works in radio broadcasting which will aid to foster his net worth in days to come.

Born on November 21, 1955, Cedric Bryan Maxwell grew up in Kinston, North Carolina. He hasn’t revealed his personal information about his childhood and family.

Cedric Maxwell attended Kinston High School. Then he went to University of North Carolina Charlotte. He was passionate about basketball since his early days. He used to play as forward for his college being part of 49ers men’s basketball team. During his period with the team, they managed to reach the NCAA Final Four.

You May Also Like: American Actress Trisha Paytas’ Wiki-Bio including her Age, Net Worth, Dating Affairs, and more!

Maxwell became the 12th overall pick in the 1977 NBA draft. Boston Celtics drafted Cedric for which he played eight of his eleven seasons.

As Cedric Maxwell was notable for his moves near or beneath the basket, low post, faking defenders into the air, and drawing contact, he was a clutch player in the matches.

Playing against my idol @kareemabduljabbar_33 #thegoat. Who knew I wore #33 at #uncc because of #thecaptain? #30for30 #bestofenemies BTW: Believe it or not, I made this shot 😏. #fbf

On December 15, 2003, Cedric Maxwell retired wearing jersey number 31 from the Celtics. As of now, Cedric is a radio broadcaster for WBZ-FM in Boston, where he talks about Boston Celtics games with his partner Sean Grande. He was also a recurrent co-host on WEEI’s sports talk radio shows.

Cedric Maxwell is now a Boston Celtics Radio Color Analyst. An analyst makes as much as $32,450 per year. While analyzing, Cedric Maxwell is known for his exuberant calls and idiosyncratic sayings.

Cedric Maxwell belongs to American nationality and is of black race/ethnicity. His zodiac sign is Scorpio, and his age is 62 years.

He has a towering height of 6 feet and 8 inches where his weight is 93kg. His official Instagram account has almost 2k followers.