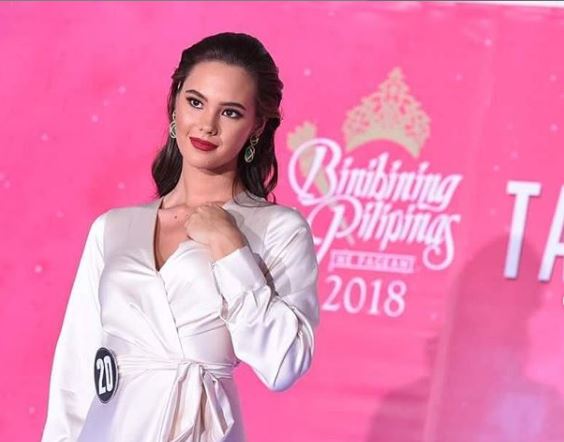 Success is the outcome of effortless dedication and hard work to achieve something more significant in life. Likewise, Catriona Gray, a Filipino model and singer, shares the same story and is making headlines for winning the 2018 Miss Universe held in Bangkok, Thailand. Previously, she held the title of Miss World Philippines 2016 and Miss Universe Philippines 2018.

Catriona’s dedication and effort finally paid off when she brought home the coveted prize of Miss Universe title. Following the victory, people are eager to know about Catriona Gray boyfriend and their affair.

Catriona Gray’s Boyfriend: Met Him on an Elevator

Catriona Gray is a gorgeous young lady who has won the title of the most beautiful and charming girl on the planet. Well, we are sad to bring you the news that the most beautiful girl in the Universe is in a relationship with an actor, Clint Bondad.

The couple has been in a relationship for more than six years, and surprisingly, they met in an elevator in Baguio. Clint and Catriona went to Germany, which was their first vacation in Europe as she had never been to Europe. Clint often posts pictures of her on his Instagram. On 1st December 2018, he posted an adorable picture of them.

On 17th December 2018, Clint posted a video of Catriona’s crowning moment on Instagram to express his happiness.

In the early days, Catriona Gray was fond of outdoor activities like sports and music. At the age of 12, Catriona received the black belt in martial arts in Choi Kwang-Do. Additionally, she was the lead singer of her jazz band and sang for local productions and events.

On 2nd October 2016, Catriona won the title of Miss World Philippines 2016. Along with that, she won awards like Best in Swimsuit, Best in Talent, and so on.

Catriona was born in Cairns, Queensland, Australia to parents, Ian Gray and Normita Ragas Magnayon in 1994. She celebrates her birthday on 6th June. Her zodiac sign is Gemini.

In the year 1999, Catriona participated in the Little Miss Pageant in Sydney.

Catriona attended Trinity Anglican School for her higher education and later went to Berklee College of Music and has a Certificate in Music Theory. On 25th November 2018, she released her song titled, We’re in this together. Additionally, she is a black belt holder in martial arts in Choi Kwang-Do.

Catriona is quite tall. Her height measures 5 feet 8 inches.

Both of the models bumped into each other at the event. The show marked an unofficial start to the New York Fahion Week starting from February 8th, 2019.