Who is Cassandra Ferguson Dating Currently? Dating Jordan Mauger? Know her Past Affairs, Relationships, and Wiki-Bio 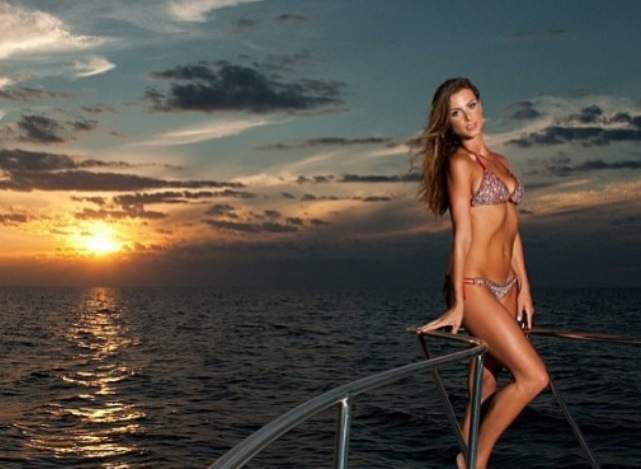 Cassandra Ferguson is one of the famous reality television personality who came into the spotlight for appearing in The Bachelor season 18 and Bachelor in Paradise season 2.

Previously, working as a dancer and makeup artist, Ferguson is now famous as a reality television star. Today, on deck, we will let you people know the personal and professional details about her.

As Ferguson is sizzling hot and sexy, she has been able to win thousands of hearts within a short period of time. Now, her fans are quite keen to know her personal details rather than her professional career.

People are everywhere trying to know “Who is Cassandra Ferguson dating currently?”

Several headlines are swirling around the internet claiming about Cassandra Ferguson dating relationship with Jordan Mauger. They both showed up in Bachelor in Paradise like three days before the filming ended, and decided to hang out with each other, cause why not?

Recommended: Who Is Athina Andrelos Dating? Know Her  Affairs, Relationship, Ex-Boyfriend, and More

Before, Ferguson appeared on Juan Pablo Galavis’ season of The Bachelor whereas Mauger appeared on the New Zealand version of “The Bachelorette.” Mauger and Ferguson look so perfect together that their fans are hoping for their dating relationship.

As of now, Ferguson lives in Michigan with her only son, Trey and in another hand, Mauger is traveling around the globe and is hanging out with his family.

For somewhile, he also dated stars likes Jacqueline Trumbull and Chrystal Chenery. But, he couldn’t continue his relationship with the both of them and hence, broke up. Now, it seems like Jordan is quite busy with his professional and family life, and has no time for building up the romantic link.

As of now, as per reports, Ferguson is single and is not involved in any kind of relationship. Moreover, she is a single mother and is taking good care of her adorable son, Trey who is currently seven years old.

Cassandra Ferguson’ Past Affairs and Relationships

Talking about Cassandra Ferguson’ past affairs and relationships, she previously dated reality star Justin Reich when she was a cast member on Bachelor in Paradise season 2.

When both Ferguson and Reich left the show as a couple, they had already broken up. Many people claimed that their relationship was only on camera-basis and shared no affection towards each other.

You Might Like: Why Did Lauren Bushnell Called Off Her Relations With Her Boyfriend? Is She Back On Dating?

Previously, Ferguson was also in a relationship with Jonathan Holloway who was a famous face in Bachelor in Paradise. They did have some sparkle but could not hold their relationship for long.

Above all this, Ferguson was a dancer for the Detroit Pistons where she met Rodney Stuckey, Pistons’ player. Soon after the first meeting, the couple started dating. It was love at first sight.

Recommended: Who is Kristi Leskinen Dating? Know her Relationship, Affairs

After Ferguson returned for The Bachelor back in 2014, she was briefly engaged to Rodney Stuckey, but their relationship did not last long. They called off their engagement but did not reveal the exact reason behind it.

Stuckey and Ferguson shared several of their snaps together on their respective Instagram but deleted everything after they broke up. The pair has a son together named Trey. Their child, Trey was born in 2011.

Cassandra Ferguson was born on 14 October 1991. Hence, she is 27 years of age at present. She is native of Shelby, Township, MI. Information about her parents and sibling is unavailable.

Sizzling hot and sexy Ferguson stands 5 feet 10 inches tall with a great personality and attitude. She is of American nationality and belongs to white ethnicity.

Have A Look: Tyger Drew-Honey has been secretly dating a new girlfriend, His girlfriend is all over his twitter!

Ferguson is slightly afraid of the heights and likes the guy who is funny, quirky, and adventurous.