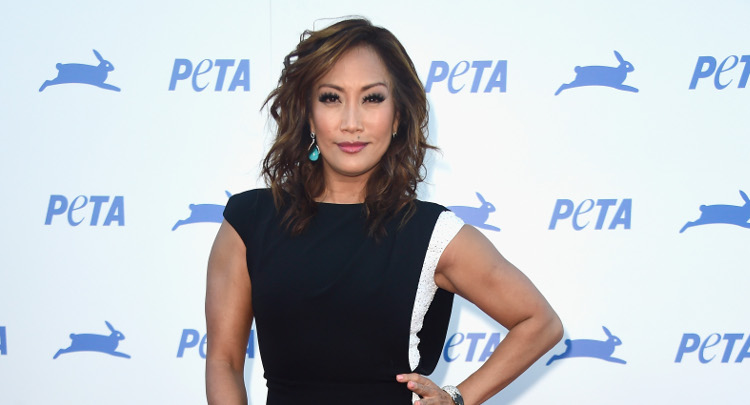 The words Female empowerment and gender equality are so predominant that even Miss America Competition is progressing with the times. Miss America is no more a typical beauty pageant after it boycotts the swimsuit competition. The American choreographer, host, and dancer Carrie Ann Inaba co-hosted the show ‘Miss America 2019′ along with TV personality Ross Mathews.

Carrie is applauded for being a Dancing with the Stars judge. In the past, she even helped with choreography on Miss America. She wears different colors of feathers of acting, singing, choreographing, judging and many more on her cap.

Everyone thought Carrie and her now ex-partner, Robb Derringer, were going to get married someday when they got engaged. In 2017, her whole life turned upside-down.

Carrie and her partner, Robb, got engaged on 14th December 2016. Her partner purposed her in the secluded beach of California Coastline. Unfortunately, nine months later they called off their engagement on 12th September 2017.

However, that wasn’t the first time when Carrie had to go through an engagement nightmare. She was also engaged to Jesse Sloan in 2011. They got engaged on the episode of ‘Live with Regis and Kelly.’ They had planned a lavish wedding, but everything went down the vain. She was also in a relationship with pro-dancer, Artem Chigvintsev in 2007.

As of now, Carrie is single and focused on her career. She hasn’t married anyone yet despite being in 50’s buy had multiple relationships before. We wish that she finds someone worth tying the knot next time.

Her success over the past 25 seasons of judging the hit ABC dancing competition Dancing with the Stars is worth praising. The multi-talented Carrie has bagged millions of net worth throughout her career as a choreographer and actress.

Carrie has won two Emmy award nominations till date for her contribution in the entertainment world. But what’s the figure of Carrie Ann Inaba net worth?

Carrie Ann Inaba was born in the year 1968 in Honolulu, Hawaii to her parents Patty Inaba and Rodney Y. Inaba. She grew up with her sister.

Carrie celebrates her birthday on January 5 that makes her age 50. She is mixed ethnicity having  Irish, Chinese, and Japanese descent.

Carrie has a striking figure and height of 5 feet 6 inches.