Who Is Carmen Electra Dating? 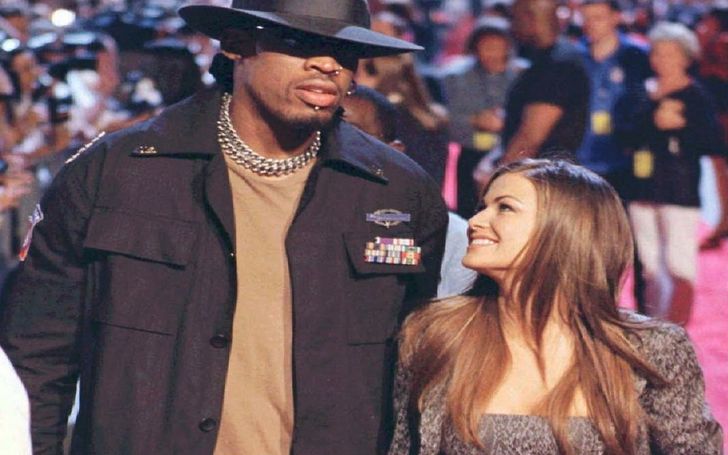 No one does it like the one and only Carmen Electra who is a multitalented American singer, actress, model, and show host. Well, as a host, she worked on MTV’s Singled Out in the late nineties.

Electra who became a singer with the help of Prince is also known for her appearances in shows and movies including Baywatch, Starstruck, American Vampire, and Scary Movie (2000) where she took over the role of Drew Decker. But, to tell you, she is quite famous for her love life too.

Three months later since her family member’s demise, Electra and Rodman married in November. But, nine days later, Carmen filed for an annulment citing that their marriage was like buying a cheeseburger from a fast-food restaurant. Interestingly, the two reconciled their marriage in December on the day of New Year’s Eve.

Four months later, Electra and Rodman, however, split again to be caught in an arrest by the Miami police in a hotel. The two were bailed for a total price of $5000. And, in an interview with the Glamour five years later, the model opened up about marrying the former Laker pro to fill the emotional void of her mother and sister.

Following her divorce with the Basketball star which was based on a mutual decision, Carmen Electra was then smitten with then-boyfriend turned husband, Dave Navarro who plays guitar for Jane’s Addiction. Carmen married Dave in November 2003.

Not to mention, their modern-day fairytale wedding was telecasted on MTV’s Til Death Do Us Part: Carmen and Dave. Sadly, their romance turned sour three years later when Carmen split from the musician.

The former husband and wife divorced in 2007 after Electra had filed for divorce in 2006. Both individuals have moved on from their divorce and dated other people.

After her divorce from Dave Navarro, Carmen Electra then met and got serious with the fellow musician, a guitarist aka Rob Patterson for Otep, a metal band formed in California. As a matter of fact, Patterson popped the question in 2008.

Unfortunately, it wasn’t meant to be for them as they broke their engagement after several years of togetherness in 2012. So, who has Electra dated ever since? Well, the Dance Fever star has admitted to being in love with a new man. But, who is he?

In 2016, as revealed by the People, Carmen shared the news of being very happy with her new man but also added that she chooses to keep her lips sealed to further reveal anything on the matter.