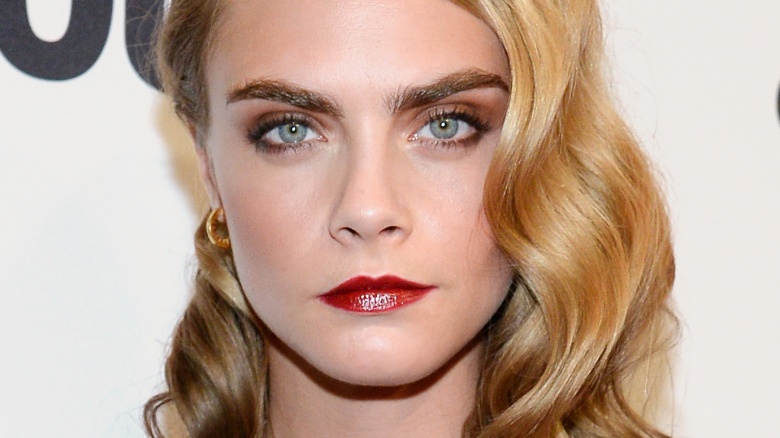 For any aspiring model to walk the ramp for the houses like Dolce & Gabbana, Chanel, Victoria’ Secret, and Chan is a dream. However, the English actress and model, Cara Delevingne has made her name in the modeling industry walking ramp for such big names.

In 2016, her role as Enchantress in the comic book film Suicide Squad received mixed reviews. However, the successful box office collection proved everything about her stardom. In 2017, Cara appeared as one of the main characters in the “Valerian and the City of a Thousand Planets.”

Even though most of the celebrities are incredibly concerned about their image, Cara Delevingne has openly disclosed herself as bisexual.

Most recently, Cara was spotted kissing her rumored girlfriend, Ashley Benson in London. It seems the beautiful models are dating each other. Together, they celebrated her 26th birthday this week. They were photographed exchanging multiple smooches and embraced while waiting for a taxi.

Previously, Cara was dating her now ex-girlfriend, Paris Jackson in April 2018. In 2012, she was spotted with English musician, Jake Bugg. She also had a relationship with her ex-girlfriend, Michelle Rodriguez in 2014. Her dating affair with St. Vincent for almost two years often made headlines back then.

As of now, Cara Delevingne hasn’t married yet. Seemingly, Cara doesn’t have plans to settle down any time soon.

Digging Cara Delevingne net worth, no matter which career she pursued, she has been able to ace it. Either it is acting or modeling, she has garnered immense net worth from her overall career. She has been part of several top fashion brands which directly indicates to us her immense net worth.

Delevingne has won many awards and accolades throughout her career. She has decorated her shelf with CinemaCon Awards, Teen Choice Awards. In 2012 and 2014, she won the British Fashion Awards in the category “Model of the Year.” But what’s the figure of Cara Delevingne net worth?

Cara Delevingne started her modeling career at the age of ten. Bruce Weber shot her first modeling work for an editorial in Vogue Italia. In 2009, she signed a contract with Storm Model Management. Her first catwalk presence was at the February 2011 London Fashion Week.

Her first movie role was Princess Sorokina in the 2012 film adaptation of Anna Karenina. In 2013, she did a voice-over in the video game Grand Theft Auto V. In June 2014, she debuted in the television industry with Playhouse Presents on its final episode as Chloe. She appeared as Enchantress in the action movie Suicide Squad based on the DC comic book series.

Cara Jocelyn Delevingne was born in the year 1992, in London, the UK to her parents Pandora Anne Delevingne and property developer Charles Hamar Delevingne. She grew up along with her sisters, Poppy Delevingne and Chloe Delevingne in Belgravia, London.

She went to Francis Holland School for Girls in central London. After that, she attended Bedales School to study drama and music. Her godfather is Nicholas Coleridge while her godmother is the actress Joan Collins.

Cara recently celebrated her birthday on 12 August and turned 26. She belongs to Caucasian ethnicity.

Cara has about 20 tattoos altogether in her body. She has a lion-faced tattoo craved on her knuckle which signifies her birth sign. She has inked “Made In England” in her foot.