On and Off Relationship; Camille Kostek Dating Rob Gronkowski; Know her Wiki-Bio 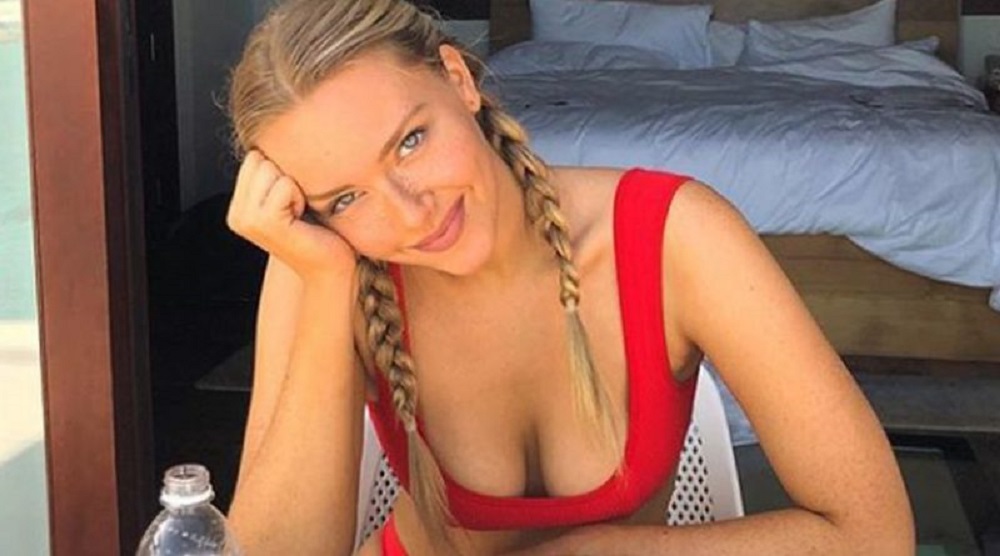 With a sizzling figure and bikini pictures, bikini model Camille Kostek has won millions of hearts. In the same way, having an on and off relationship with New England Patriots Tight End Robert Gronkowski has made her gain huge attention.

On and Off Relationship; Camille Kostek Dating Rob Gronkowski

Starting from the beginning; Gronkowski and Kostek first appeared together in 2015. For the very first few weeks, the couple maintained a low-key profile about their relationship. However, Kostek started uploading the pictures of her with her boyfriend in the following months.

The couple time and again showed up together in official events, dinner date, and every possible event. Therefore, the couple is deeply and madly in love with each other.

Till 2016, everything was going perfect, and the couple spent much time together. The couple enjoyed each other’s company, and Kostek’s Instagram proves the fact. In the same way, the pair also enjoyed a vacation on Lake Winnipesaukee on Memorial Day Weekend and an even posted picture reflecting the quality time they spent on a boat.

In these years, since the time of their hook-up, the couple has never been very shy and has been open to letting the world know about their relationship. As a result, it caught huge attention when Kostek wore “87” football jerseys to the Patriots Games on both homes and the road games.

Back in September 2016, Kostek hung out with Danny Amendola’s lady, Olivia Culpo at Gillette Stadium. Besides, she has also appeared in several playoff games to cheer up her Mr. Perfect.

Sadly, back in February, TMZ posted that Gronkowski and Kostek’s relationship story is claiming that they were never in an exclusive partnership of any kind. As a matter of fact, the source claimed that the couple is 100% not dating and their relationship was just a fling, nothing more than that.

Before Super Bowl LI, Gronkowski took her social media to defend his lady love. In fact, he claimed that people have always been talking garbage about her and suggested her just to ignore all those negative noises.

On May 16, he posted a picture with Kostek from their Jamaica vacation.

Recently as well, on December 8, 2019, Kostek took to her Instagram to share a photo of her date night with her lover Gonk. She and her beau attended the Nuggets vs Celtics game.

With all those photos shared on Instagram and other social media account, no doubt, Camille Kostek’s dating relationship with Gronkowski is going perfectly and smoothly.

Does Hooking Up Before Games Affect Rob’s Football Performances?

If you must be thinking it’s a pretty silly question to ask, it’s not. This is a talked about topic in the sports world. Recently, Rob and Kostek, who are dating since 2015, revealed if they hook up before games to Jenny McCarthy in her Sirius XM show.

The lovebirds revealed that they sometimes slept and sometimes didn’t. It didn’t matter to the guys, but, Camille would “kiss him goodbye.”

But, Camille and her partner both agree on one fact – if they hook up before a game, Rob would be more than ready and less tensed.

What do you guys think?

Camille Kostek was born on 19 Feb 1992 in Killingworth, Connecticut, United States. Hence, she is currently 26 years of age. She follows Christianity religion.

I swear this is the only chain swim top that you could actually wear in the water . And OF COURSE it’s by @si_swimsuit ✨ for @swimspot #slowmotion for mehhh

In fact, Kostek is famous among her fans as bikini-model. The color of her eyes is Hazel, and her hair color is Blonde. Regarding her height, Camille is 5 feet 8 inches tall and has a sizzling-sexy figure. Furthermore, her birth sign is Pisces.

Apart from that, Kostek is also a former NFL cheerleader and now furnished out to be an amazing model.