Are the Descendant series actor Cameron Boyce and Brenna D’amico dating? Who is his girlfriend and also know his past dating history! 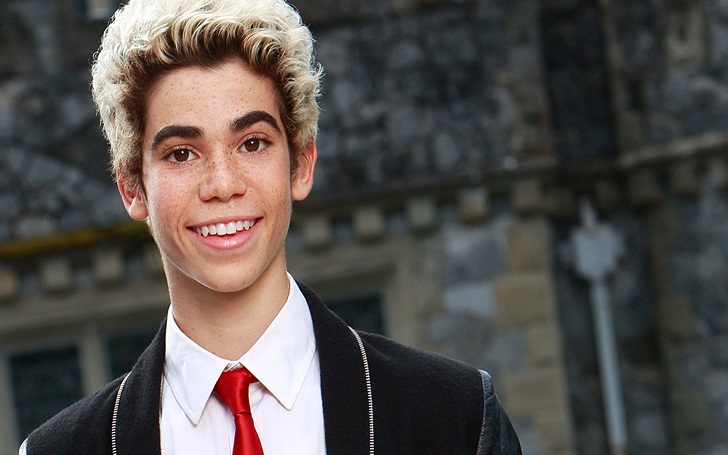 Popular for many movies like Mirrors, Eagle eye, Descendants and Descendants 2, Grown Ups and Grown Ups 2, Jessie, Disney XD, and the list goes on. Surprised right? This teen actor Cameron Boyce worked in more than a dozen movies and TV series.

Boyce paved his way through Hollywood industry and also has a huge fanbase. He dedicated one day to his fans where he surprised them in Disneyland.

Scroll down to know more about his surprise and also his dating rumors with his co-star turned girlfriend.

The Disney star, Cameron Boyce who starred in the Descendants and the TV show Jessie dies at 20 years’ of age. His demise was confirmed on Saturday 6 July 2019.

Remembering Cameron Boyce. Read more at the link in bio.

A spokesperson stated that the actor passed away in his sleep following a seizure from an ongoing medical condition.

It is with a profoundly heavy heart that we report that this morning we lost Cameron. He passed away in his sleep due to a seizure which was a result of an ongoing medical condition for which he was being treated.

The family further asked his fans for privacy during this difficult time. Cameron’s partner Brenna D’Amico also paid tribute to her love on Instagram. She wrote,

She gushed about her late love and stated that he was amazing in so many ways.

I don’t have the words right now. All I can say now is that Cameron had so much more to do and so much more to give. He was amazing in so many ways. I will miss him forever. My heart goes out to his mom, dad, sister and everyone who loved him so so much.♥️

The cast of Descendants 2 had a surprise for all the Disneyland visitors who included the series stars Cameron along with Dove Cameron, Sofia Carson, China Anne McClain, and Booboo Stewart.

They surprised their fans by dividing themselves into different sections of Disneyland like Disney California Adventure Park, and the Disneyland Hotel. Cameron joined one of the Disneyland’s ride, and you can see their reactions in the video below. If you’re a Descendant fan, I bet your reaction would’ve been the same.

Furthermore, Boyce also acted as one of the Disneyland workers by distributing towels in the pool. Actually, his fans seem to have recognized him, but he lied to them by saying “The one in the series is my twin.” Boyce sure knows how to surprise his fans.

Alongside Boyce, the actress who plays Ursula’s daughter acted as a front desk officer in Disneyland Resort.

In addition to this, the teenage star explains the role of Carlos in his next movie Descendants 2 in an interview. According to Boyce, his character is not someone who follows others anymore.

Read more: Who is Emma Chamberlain Dating Currently? Disclose her Boyfriend, Net Worth, Career, and Wiki-Bio

Well, Cameron made it easy for the fans about what to expect from Carlos. He also speaks about Carlo’s crush and how Carlos and he are related to each other as they both find it difficult to express their feeling to someone he has feelings for. Is Cameron giving hints of his relationship with Brenna?

Is Cameron Boyce dating one of his co-stars? Or is it just a rumor?

the 19 years old actor’s on-screen chemistry with co-star Brenna D’amico was so good that his fans and followers shipped the couple off screen as well. The lovely duo is rumored to be dating each other as they share their unconditional bond on their social media sites. Wouldn’t you wanna know if they are really dating? So, without further ado, let’s find out what they are up to.

The 18-year-old actor who previously dated Peyton List for two years is seen pretty close with Brenna. With many posts that are related to their friendship proves why people are saying they might be in a relationship.

So, without further ado let’s look at their Instagram posts.

happy 18TH birthday to my friend who, without a doubt, makes me laugh like no other person i know. i've only known you for 3 years but there's already been a lifetime of laughter. i love that we can find amusement in the simplest things; never a dull moment. i appreciate you for the fun we have, for ALWAYS supporting me whenever i need you & for SO many other things, Cam. Love you❤️