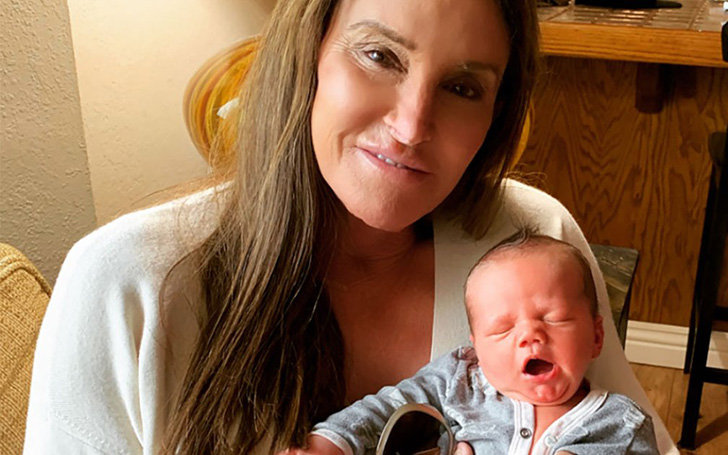 Caitlyn Jenner is now a grandparent of seven grandchildren.

On Sunday, on 17th February 2019, Caitlyn Jenner shared a picture with her newborn grandchild, a baby boy William Behr who was born on 9th February 2019.

Burt Jenner, a Gladiator Tires driver, celebrated the birth of his baby with a cute Instagram video. The video featured his girlfriend, Valerie Pitalo and his 2-year-old son, Bodhi cuddling the new member.

The 40-year-old race car driver is the first child of Caitlyn and Chrystie Scott. The duo married in 1972 and divorced in 1981. Besides their son, Burt, they also share a daughter Cassandra Marino, 38.

The news about the newborn came to Caitlyn after she enjoyed the Valentine’s Day with Sophia inside her Malibu house which is worth $3.5million.