Brycie Powell is pregnant with her fifth child with husband Alan Powell. Learn details to her married life. 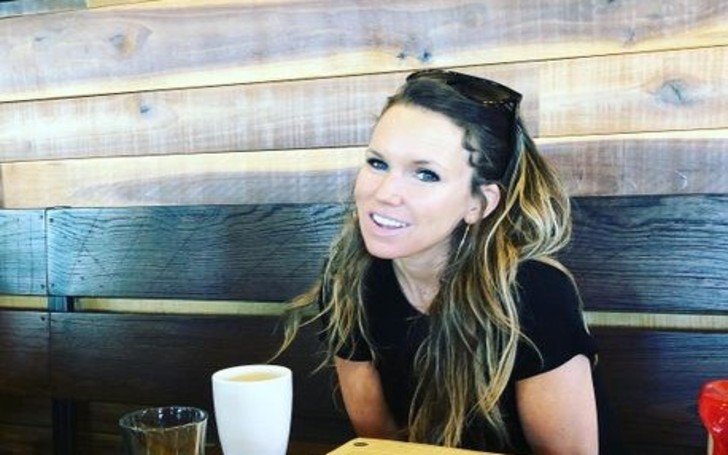 Four kids and counting. The ever-growing beautiful family of Brycie Powell and her husband; Alan Powell will welcome their latest addition to their family of six soon this year.

The love and bond Brycie and Alan share must be truly special. A long-lasting relationship for a couple in Hollywood is rare, but that’s not the case for these two. So, what is it that ties the family of Brycie? Let’s find out below.

Born as Brycie Marie, the beautiful mother of four; Brycie Powell is a singer who is widely known as the wife of prominent American singer and actor, Alan Powell who is known for his roles in the movies and tv series including Where Hope Grows, The Song, Charlie & Boots, and Quantico. Furthermore, Powell was born and raised in Tennessee, Nashville.

Having shared a marital relationship with a famous musician and actor, Brycie Powell maintains and tries to keep her personal life under the radar. However, Powell keeps her social media updated with adorable pictures of her husband and children for her fans followers. Not to mention, the followers of Mrs. Powell on her Instagram count to more than 3000+.

Brycie Powell is happily married to her school sweetheart, Alan Powell. Although the exact date of the couple’s engagement is not known to the public yet Brycie and her husband, Alan tied the knot in 2006 to spend the rest of their life together in health and sickness. Speaking of their love life, it was, moreover, sort of love in first sound thing.

Alan first met and knew her then-future wife, Brycie Powell whilst she musically presented during a school performance. It was at the moment, Powell ultimately became attracted to Brycie and approached her. Not long after their first encounter, the two began dating to get married.

Besides, Brycie and Alan are also parents to four adorable children which consists of three daughters and a son. Their children go by the beautiful names; Rowe Darling Powell, Nash Powell, Presley Love Powell, and Avery Jade Powell.

Brycie is pregnant with her fifth child, a boy who the couple is in preparation to welcome soon this year. On August 24, Brycie Marie took to her Instagram to share about her pregnancy. She’s 5 weeks due now. Have a look at her!

The lady’s partner Alan jokingly commented on the post, “This photo is overwhelming.”

What Is The Net Worth Of Brycie Powell?

The net worth of Brycie Powell is estimated to be near $100,000. Although her proper income and source are not available to the public yet, she is assumed to have earned through her singing career in the past. In the meantime, Powell is more focused on raising her children than her singing career.

Brycie, however, shares her fortune with her musician and actor husband; Alan Powell who owns a net worth of more than $1 million.

Brycie’s husband is known for his contribution to movies and tv series such as The Song where he portrayed as Jed King and Quantico where he played the character of Mike McQuigg alongside A-Listers including Priyanka Chopra who bags a net worth of $20 million and made $175,000 per episode.

The beautiful wife of Alan Powell, Brycie Powell stands tall at a height of 5 feet 7 inches whilst her average lean body weighs 63 kg. Furthermore, she is a brunette who prefers to dye her espresso locks blonde and flaunts Brown eyes.

What is the birthplace of Brycie Powell?

What are the eye colors of Brycie Powell?

What is the hair colors of Brycie Powell?

How tall is Brycie Powell?

What is the weight of Brycie Powell?

What is the nationality of Brycie Powell?

How many children does Brycie Powell have?