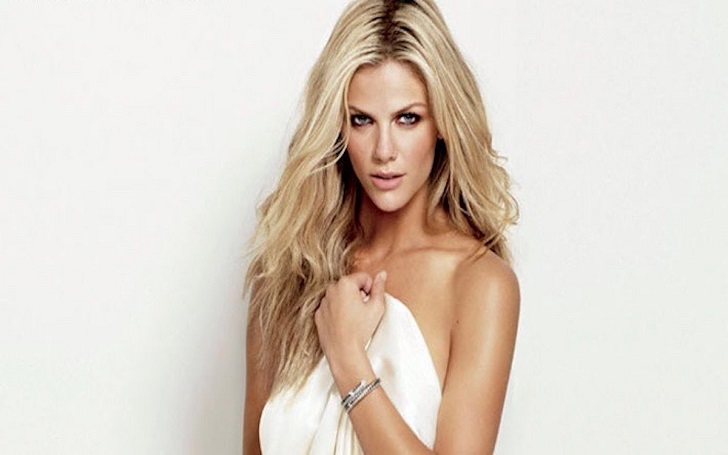 Brooklyn Decker is pregnant with her second child. Andy Roddick and Brooklyn will have a new member in their family soon.

The former tennis champ Andy Roddick, 34, revealed that his wife Brooklyn Decker, 30, is pregnant with their second child, while he enrolled into the International Tennis Hall of Fame in Newport, Rhode Island. So, did Brooklyn give birth to their daughter? Are they still expecting their second child? Explore everything in detail below.

Brooklyn Decker Husband Reveals her Pregnancy, Did she give birth to her second child?

During the heartfelt acceptance speech, Roddick thanked his mom Blanche, his late father Jerry, his 21-month-old son Hank, his wife, and most primarily, a daughter to come. Likewise, he also gave a solicitous accolade to his lovely wife:

My wife Brooklyn, most people don’t know you’re kind of nuts. You’re my partner in crime. In a life full of good fortune, being around you has been by far the luckiest part. I’m a better human for us having met 10 years ago.

Brook, I don’t know how you juggle it all. I see it every day and it still doesn’t make any sense to me. You’re an unreal artist, businesswoman, mother, wife, sister, and friend. You hear a lot of guys who find it very tough to walk away from professional sports. You’re the reason why my personal transition into a quasi-normal, everyday life has been gratifying and full. Hank will someday realize how lucky he is. Our daughter that’s coming will also realize she has the best mother on earth. Simply, thank you for being you.

Brooklyn is receiving many tweets of her friends and relatives congratulating for her pregnancy:

Congratulations on being pregnant with your 2nd baby. You will be a great mom to a little girl.

A photo of Brooklyn posted on the Instagram page of Finery, on July 23, 2017, of which she serves as a creative director and co-founder:

Caption: “Brooklyn Decker” announces a new user to the your finery team, 23 July 2017.

Consequently, Brooklyn gave birth to their second child, a daughter, Stevie Roddick. According to her Instagram post, they welcomed their daughter sometime between the end of 2017 and the beginning of 2018.

A newborn, a toddler, a dog in a cone, a dog with a tumor but I’m having a good hair day so it’s fine we’re fine I’m fine.

Now, Andy and Brooklyn are parents of two children and the members of their family became 4.

The tennis pro, Andy Roddick, and the actress Brooklyn Decker began dating in 2007, and they tied the knot to each other in April 2009, in Austin, Texas. Later, Brooklyn gave birth to their first son Hank in September 2015.

Recommended: Is “The Goldbergs” star Hayley Orrantia Pregnant in her early age? Does she have a boyfriend or is it just a weight gain?

In fact, Andy does great parenting to his child. He is an expert in taking care of the child. After Hank’s birth, Brooklyn talked about Andy’s parenting skills on the show People now. Likewise, she talked about her baby twerking as well:

Caption: Brooklyn talks about her husband “Andy Roddick’s” parenting and her “baby twerking.”

Actress and model, Brooklyn Decker, was born on 15 April 1987 in Kettering, Ohio, United States. Currently, she is 31 years of age. Regarding her parents, her mother is Tessa Decker and her father is Stephen Decker. In the name of a sibling, she has a brother whose name is Jordan Decker.

Read More: Is Matt Czuchey Dating New Girlfriend After Breaking Up? Know His Dating History Along With His Wiki Facts

Furthermore, Brooklyn stands with a height of 5 feet 9 inches and her weight is 53kg. Regarding her origin, Brooklyn is of American nationality. So, what is the figure of Brooklyn Decker net worth?

As of now, Brooklyn Decker owns an estimated net worth of $10 million.