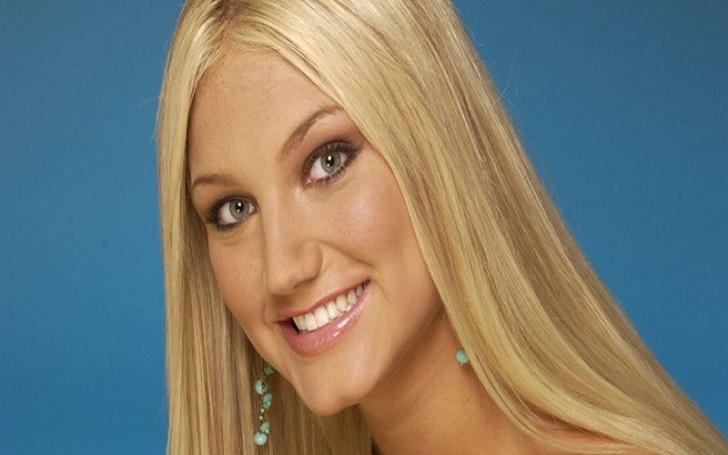 The famous and former star of Hogan Knows Best and its spin-off, Brooke Knows Best is an example of beauty with skills. She is a multitalented actress, a singer and released the 2006 album Undiscovered that entered number one on the U.S indie chart.

She happens to be also known as the daughter of the famous professional wrestler Hulk Hogan.  Before the limelight hit her, she was a member of her high school’s cheerleading squad and also sang choir. Not just that she even tried her hand in the wrestling industry as well.

This amazing, incredibly hard working and a gorgeous looking actress, American singer,  model, television personality, and socialite,  Brooke Ellen “Hogan” Bollea has an estimated net worth of $6 million in the current scenario.

She is exceedingly passionate and dedicated towards her ambition; she has the fire in her belly which is the reason that she is well-known for most of us now. She has it all a woman would ever want to her, good looks with a fascinating height and body and also a zeal to be the best among the rest. Though her salary is officially not available, her net worth is approximated to be at $6 million.

A lady with full dramatic relationship records proves that no matter how modernized and established she is; she will always remain the daddy’s little girl as there were many rumors about her father, the wrestler Hulk Hogan’s involvement in her breakups.

Brooke got engaged on 29th June 2013 with Phil Costa, her best friend when Phil put a ring on her finger in a rather romantic way when they were in Los Angeles. We could visibly feel the excitement and happiness over flooding in Brooke’s face on Instagrams and Twitter.

Since the couple isn’t together anymore, Hogan has had the post and other Twitter post removed. The gossip mongers said the reason behind her breakup was her father wanting her to concentrate more on her career as a musician also Hulk did not like Phil at all. Before dating Costa, Hogan was in a relationship with rapper Yannique Barker; even then Hulk was against his daughter’s relationship with someone who belonged to a black community, racist much!

Also, Read: Is Actress Christina Ochoa Dating Anyone After The Split With Her Former Actor Boyfriend?

Currently, some say that Hogan is not dating anyone, but it was assumed that immediately after breaking up with Phil, she moved with her new mysterious lover.

Brooke Hogan, born as Brooke Ellen Bollea on May 5, 1988, in Tampa, Florida, USA is an American actress and producer, known for Hogan Knows Best (2005), Brooke Knows Best (2008) and WrestleMania 21 (2005). She is English-Scottish in her origin and belongs to white ethnicity. She lives in Miami Florida. The attractive Hogan is a daughter of Hulk Hogan and Linda Hogan, also an older sister of Nick Hogan.

How lucky am I for my soul to be on this planet at the same time as yours in a universe that is millions of years old… better yet, as your daughter. I love you daddy, life after life. I am so lucky to have you! Happy Birthday❤️

She is a vegetarian. She incredibly is 5 ft 11 inches tall and befits to Italian, Irish, English, Scottish, French, German, and Swedish ancestry. She has got beautiful tattoos behind her ears, in the lower abdomen and lower back.