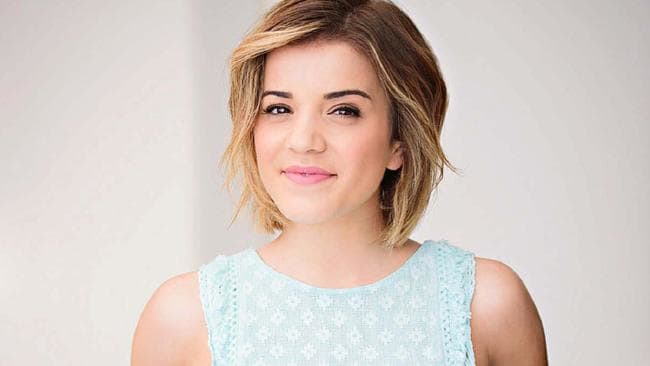 Brittany Raymond is a successful Canadian actress as well as a dancer who made the heads turn with her brilliant performance in teen drama series The Next Step as ‘Riley.’ She was passionate about dance from her childhood days, so she began training in various dance forms like Tap, Contemporary, Ballet, Hip-Hop, Jazz, and Acro.

After Brittany won the title of ‘Canada’s Favourite Dancer,’ she received many offers to work in different films and television series. She made her television debut in 2013. Apart from acting, Brittany also teaches dance at the Joanne Chapman’s School of Dance.

Brittany Raymond is quite protective of her love life. She hasn’t officially confirmed her boyfriend yet. However, she often posts pictures with Brennan Clost, who played Daniel in The Next Step. Fans believe that the duo is dating, but they haven’t confirmed their relationship yet. So, they could be friends only.

Brittany played a girlfriend of Trevor Tordjman who played James in The Next Step. They not only dance together but were dating in the show.

Brittany spoke about her relationship in the show:

“James and I definitely go through a lot of bumps in the road but they figure out how to get over the past because they have a strong connection.”

However, their relationship in real life is still a mystery.

Brittany began her career at the age of 16 when she was inducted to act in the series Katie Chats. She worked as Riley in the Family Channel series The Next Step, where she played the lead role.

The series got premiered on 8th March 2013, which has the record of the largest audience of any series in the channel. The actors, along with Brittany were on tour across Canada which has been termed as The Next Step Live on Stage tour.

Brittany Raymond was born in the year 1995 in Brampton, Ontario. Her birthday falls on 24th February, which makes her age 23. She has a decent height of 5 feet 3 inches.

Brittany was born to her parents, John Raymond and Paula Ventura Raymond. She grew up with her three siblings, an older sister, Samantha, and twins, Naomi and Lochlan.

Brittany was interested in dance from a very young age, so she began taking part in different dance shows from the age of six.

Brittany was also interested in basketball, but she had to focus on one of the two; so she chose to pursue her career in dancing. She revealed that she had had Crohn’s disease in a video posted on her YouTube channel. She was diagnosed two years before just after filming the end of season 4 of The Next Step.

Brittany had been suffering from the disease since her teenage; she used to feel a lot of stomach pain but passed them off as common pains that everyone felt.