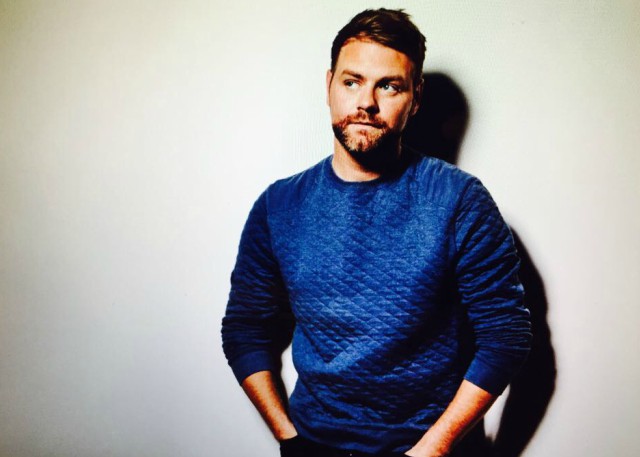 Brian McFadden shocked the world when he dramatically quit Westlife in the year 2004 when the group was at the top of its fame. At that time, he blamed his departure on struggling to juggle the band’s hectic, jet-setting lifestyle with his duties as a husband to then-wife, Kerry Katona.

Brian realized that there is no point in being successful if you can’t enjoy it, share it with someone else or be with the people whom you care a lot. So, he went to carve out a career as a solo artist, talent show judge, and television presenter.

His personal life was a roller coaster until he met his girlfriend. He had married twice and separated from both of his wives. After experiencing a failed marriage twice, Brian has found new love again and is happily dating her. So, who is Brian McFadden girlfriend?

Brian was once a married man. He tied the knot with the former Atomic Kitten singer, Kerry Katona on 5th January 2002 in Rathfeigh, County Meath, Ireland. They share two beautiful daughters Molly and Lilly Sue.

Brian couldn’t sustain his relationship with his first wife, Katona for long. So, they filed for divorce after two years of their marriage in 2004. The divorce got finalized two years later in 2006.

Brian again found a new love in his life as he was in a relationship with an Australian singer, Delta Goodrem from 2004 to 2011. They didn’t tie the knot with each other.

After breaking up with Australian singer, he met an Irish model, Vogue Williams in the year 2011 and fell in love with her at first sight. Brian McFadden married his second wife, Vogue in 2012, in Florence, Italy. They were together for a complete three years and got separated in the year 2015 and their divorce was finalized in the year 2017.

In an interview with the latest issue of OK! Magazine, Kerry told:

“Danielle is lovely. They came to watch me in panto at Christmas. I took a picture of her hands around my neck when I was dressed as a wicked queen and Brian put on Instagram, ‘When you meet the evil ex-wife.’

Molly and Lilly weren’t close to Delta or Vogue, but they’re desperate for Brian to marry Danielle. Things were pretty serious between the couple that Brian has even moved to Rochdale to be closer to Danielle.

While in an interview, Brian talked about their love life,

Myself and Danielle are not planning anything, we are only together a year. People asking me about having kids? We don’t have any plans. We are just moving forward. We don’t know what’s going to happen.

As of now, Brian hasn’t married Danielle yet. But they’ll soon be husband and wife.

As of 2019, Brian McFadden net worth is estimated to be $18 million. Brian began his career as a child doing stage as well as television roles when he was in Billie Barry Stage School in Dublin. He auditioned for Irish male band named Westlife and eventually joined the group in June 1998. But he left the group in the year 2004.

Brian then signed to a major record label, Sony BMG. He released his single Real To Me in September 2004. His second single Irish Son peaked within the top 10 in several countries. Apart from the musical career, he appeared as a television presenter as a co-host of Football Superstar in Australia and reprised his role for the second season in the year 2009.

Brian appeared as a guest judge on Australian Idol and even began hosting daytime ITV series Who’s Doing the Dishes in September 2011. He made his appearance in the third series of The Jump on Channel 4 in the year 2016 and was one of the fourth celebrity to be eliminated from the show.

Brian McFadden was born in the year 1980 in Artane, Dublin, Ireland. His birthday falls on 12th April, which makes his age 39.

Brian was born to his parents Mairead McFadden and Brendan McFadden. His sister, Susan McFadden is a singer as well as an actress.