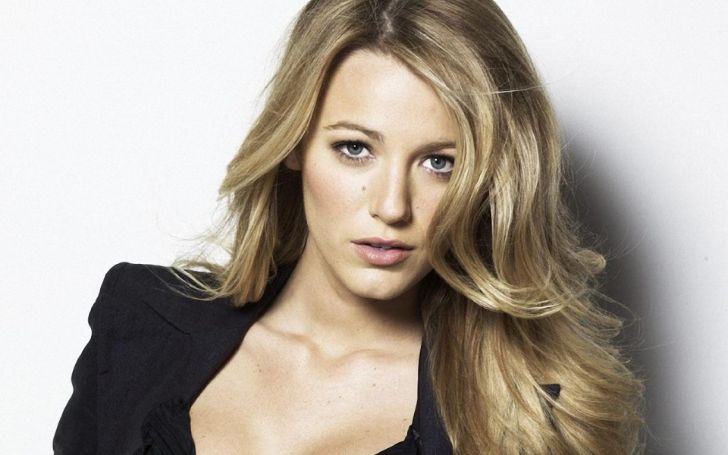 Blake Lively is one of those people who started their career at a very early age, she was only 17 when she stepped into the entertainment industry. She rose to fame with her role as Serena van der Woodsen in the popular TV series Gossip Girl. She placed herself firmly in Hollywood with a diverse variety of roles under her belt.

The star couple, Ryan Renolds and Blake Lively seems to be very happy and intuned with each other in the public eye but is there more to their married life than just what meets the eye? Find out about them.

The American actress was born and raised in the small California neighborhood of Tarzana. Blake Ellender Brown was born to father Ernie and Elaine Lively. Her parents were both actors. 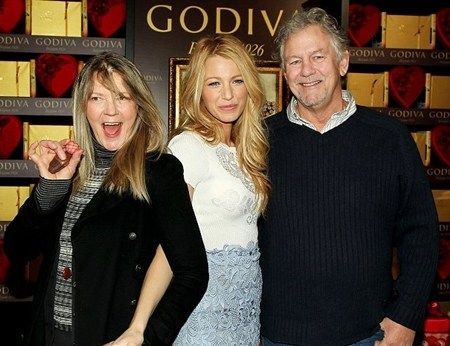 In addition to little Blake, there were four older children in her family including two brothers and two sisters. To some degree or another, her siblings have also connected their lives to the world of cinema.

As we have already revealed, Blake Lively is in a marital bond with her husband Ryan Reynolds. But, before that, she has dated four high-profile celebrities. 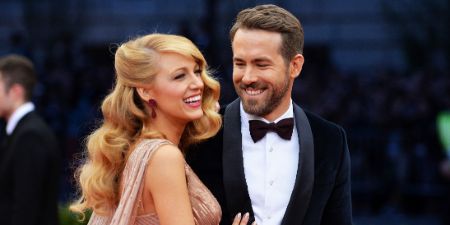 Blake Lively’s married famous ‘Deadpool’ star Ryan Reynolds on September 9, 2012. The couple first crossed each other’s path in the sets of ‘Green Lantern’ starring opposite each other. The couple initially started off as friends but soon became inseparable.

Ryan appeared in a Sirius XM’s show and opened up about their dating relationship. He and Blake Lively were friends for more than a year and they had even gone on a double date. Well, friends turned to lovers and the rest is history!

Nevertheless, they bought a home together in upstate New York, in April 2012. Managing to keep their plans at bay from media, the pair married in a special ceremony on September 9, 2012, near Charleston, South Carolina. About 70 guests attended the couple’s union held at Boone Hall Plantation.

Recently, on August 15, 2019, Ryan Reynolds revealed the best gift he’s ever received. And the gift is from? Yes, you’ve guessed it right! It’s from his wife, Blake Lively. 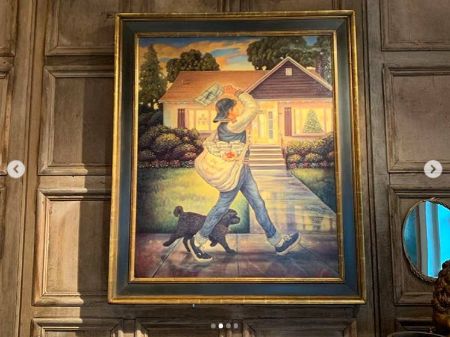 ‘The Shallows’ actress gave the best gift to her husband
Image Source: BuzzFeed

The mother of two gave her spouse a piece of art which depicts a young boy delivering newspapers. Well, the boy in the photo seems to be Ryan as during his early days, to be exact, his first job was as a newspaper boy for the Vancouver Sun.

Do you see a house in the background? Well, it seems the house is also her life partner’s childhood home.

The house no longer stands but it’s a living, breating thing in my head.

How thoughtful of Blake!

In December 2014, Lively gave birth to their first child, a daughter, James Reynolds. The couple welcomed their second daughter Ines Reynolds into their lives in September 2016.  The couple is living a very happy and enriching life with each other and their two children. 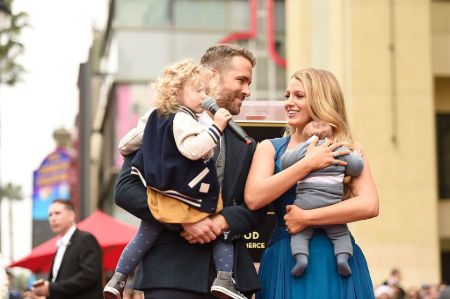 Lively with her husband and kids
Image Source: Elle

After three years of their second kid’s birth, the duo is again expecting their third child together. The couple is currently at their Westchester, New York home and is gearing up for their next baby.

‘The Town’ star revealed her baby bump in a yellow dress alongside her husband at the premiere of ‘Pokemon Pikachu Detective’. Well, we wish the pair a happy married life and congratulate them on their pregnancy.

Blake Lively Past Affairs and Boyfriend

Blake Lively marked her footsteps in show-biz from an early age of 17. This has given her the edge in her romantic indulgence as she has gotten involved with a number of men that are incredibly famous. 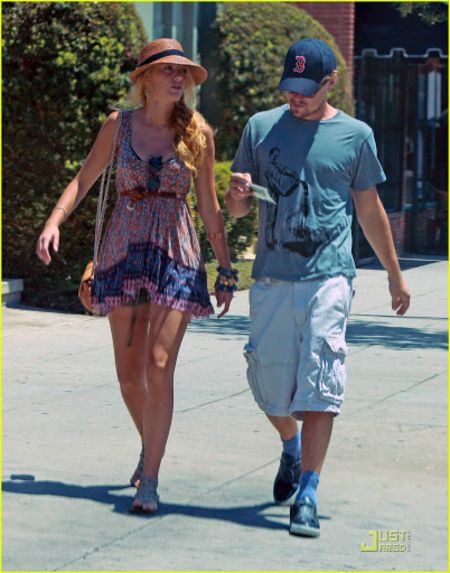 Furthermore, the actress had an active love life even before she fell in love and married Reynolds. Though most of her romantic indulgence are still mysteries, she sure-dated some of the most prominent men in show-biz.

Blake Lively started off her career with the 2005 movie The Sisterhood of the Traveling Pants while she was a high school junior at the age of 17. The blonde beauty became a household name only after she got a lead role in CW‘s hit teen drama Gossip Girl.

Lively is widely acclaimed for her intense good looks and natural acting talent. She starred in a lot of movies that topped the charts. Blake recently starred in the movie A Simple Favour alongside Anna Kendrick showcasing her talent as a versatile and charismatic actress.

She has also starred in a number of other movies like Accepted, Green Lantern, The Age of Adaline, The Shallows while also featuring in some TV series.

Lively and her husband are philanthropists as well. She currently supports the Child Rescue Coalition. The organization has now rescued 2800 kids, 12.2 predators, and 600 thousand cases of abuse prevented.

After appearing in The Shallows, one can only assume that the actress’s net worth rose to a new height. As of 2018, Blake Lively boasts a staggering net worth of $16 million. According to Salary, the average salary of an actress is $57,459. The American actress has started her career at the age of 17 which suggests she has been receiving a handsome amount.

Blake Lively’s net worth is estimated to be around $30 million
Image Source: Popsugar

Her 2018‘s movie, A Simple Favor made $96.4 million which was made with a budget of $20 million. Moreover, the actress received about $800k from the movie as per purewow. Further, the gossip girl also has donated a lot to her wealth as she earned about over a million from the third season of it.

As for her earnings from Gossip Girl, she earned just over a million dollars, $1.1 million, to be exact, in the third season of the show. The actress, on average, made around $50 thousand per episode from the show.

Besides that, Blake Lively is depicted as one of the most active celebrities on social media platforms. Twitter and Instagram are the platforms in which she lets her funny, witty, and quirky side shine. She keeps her followers posted on the happenings of her privacy as well as personal life. We are pretty sure that her posts and tweets are also helping to gain some digit in her net worth.

Moreover, she also married one of the most successful and affluent actors in showbiz today, Ryan Renolds. He is not your run of the mill basic actor, he is worth more than $75 million as of 2019. Her spouse started with an earning of $150 per episode and now after years of hard work, he now receives more than $100 thousand for just a cameo appearance in TV shows.

As a matter of fact, the couple is living happily in a lavish estate in New York which is estimated to be worth a couple of millions. The duo, Ryan Reynolds and Blake Lively, have a house in Manhattan which they purchased in 2012 for $2.35 million. The house sits on 4,735 square feet of land. They also have a penthouse in Manhattan worth $7.5 million. Likewise, they also purchased a Bedford home for as much as $2.4 million.

As for her lifestyle, she wears pretty luxurious and expensive jewels in her red carpet events. Once Blake was seen wearing a set of baguette that cost $6.5 million. Likewise, she also wore a $2 million worth of jewelry in the 2018 Met Gala event.

Besides all this, Blake Lively and Ryan Reynolds love collecting cars and bikes. They have a car and bike collection worth over $5 million that includes the Lamborghini Aventador, Lexus SC430, Ducati SC1000, Tesla Model S, Chevrolet Equinox,  Audi R8, BMW R Ninet, and many more.

The pair, Blake Lively and husband Ryan Reynolds is living a blissful life making a high standard of living for their family.