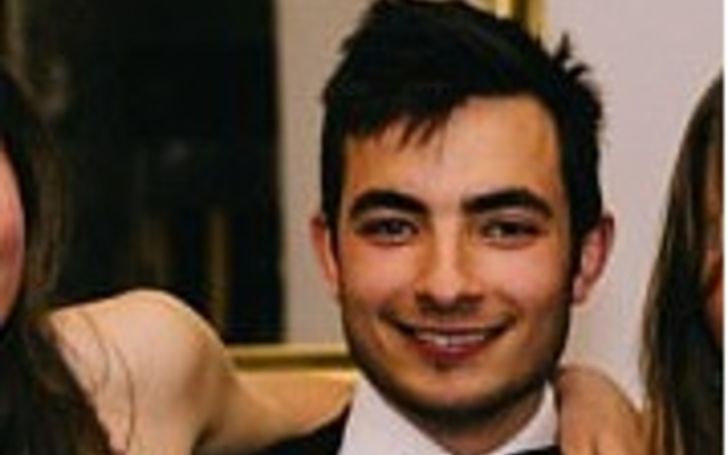 You’re probably familiar with the famous comedian Rowan Atkinson a.k.a Mr. Bean. Benjamin Atkinson is the eldest son of the star.

Usually, the children of any celebrity tend to get into the same profession as their parents. But Benjamin chose otherwise. He decided to join the army and serve the nation. He recently topped the news with his decision to join the British Gurkha. Get a closer look into his personal life here.

Benjamin Atkinson is quite possibly single. However, he seems to be quite a charmer. The Gurkha Brigade Associate remarked that he is pretty smooth regarding his skills to talk to a woman, and some locals are already all over him.

Start as a Recruit

Benjamin is the first-born to Rowan Atkinson and his ex-wife, Sunetra Sastry. Growing up alongside his sister, Ben completed his college studies from the University of Exeter in England. But he later showed a desire to pursue his interest on serving the country and enrolled in the Royal Military Academy Sandhurst.

Ben received an acceptance letter from the Royal Military College. He listed as one of the guards of honors to be welcoming the British President Theresa May and French President Emmanuel Macron in the 35th United Kingdom–France Summit.

Atkinson was also among the few soldiers to pose alongside Britsh and the French President. He expressed his excitement of being a part of the line-up through a post on his Facebook account.

In October 2019, Benjamin took the headlines when the news of him joining the Gurkha Regime surfaced. Nepalese soldiers, commonly referred to as Gurkha, are well known for their bravery and skills as warriors.

The 26-year-old was on a 10-week-course to learn the local culture of Nepal. He was aiming to enroll for the special unit of the Britsih army. But instead, after three weeks, he decided to join the very origin of the unit.

Ben has to learn the local language, Nepalese in order to join the army. A newsletter sent by the Gurkha head signaled that Atkinson was astonishingly smart and quick in learning the language. No wonder he was also an expert in speaking Arabic and Spanish.

The letter further suggested that he showed an interest in learning the local pick-up lines and a native dance move involving rapid and consecutive squatting to a song ‘uthyo-basyo.’

Income in the British Army

Benjamin Atkinson was a Cadet in the British Army until just last year when he was promoted to the post of a Lieutenant. A cadet at Sandhurst has an annual salary of £27,272 per annum, and a Lieutenant earns £33,931 per annum. So, Ben must also have a considerable amount of savings. However, the Gurkha recruit seems to be in for the thrill rather than the income.

For more updates on celebrity news and entertainment, follow  TheCelebsCloset.