Who Is Ben Roethlisberger Wife? Know His Career Stats, Age, Net worth, College, And Retirement 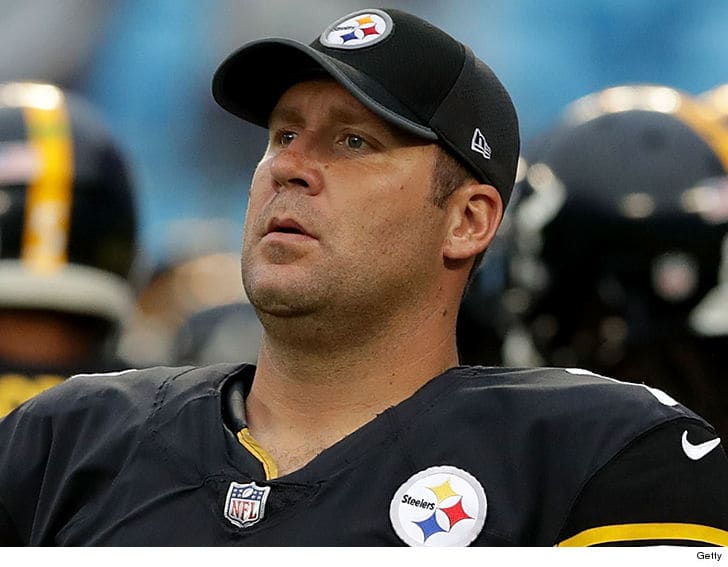 Ups and Downs in life are like two sides of a coin.

The American football quarterback for the Pittsburgh Steelers of NFL, Ben Roethlisberger recently made headlines after his struggles in a match against Baltimore Ravens where he faced 26-14 loss. After the game, he admits his downfall by saying:

Famous as Big Ben, he began playing college football at the Miami University. Steelers drafted him in the first round (11th overall) of the 2004 NFL Draft. He earned the AP NFL Offensive Rookie of the Year Award in 2004. The youngest Super Bowl-winning quarterback led the Steelers to a second Super Bowl title too. Besides his professional highlights, Ben’s legal cases have affected his career to some extent. However, like a fighter, he bounced back and started a new life with his wife.

Who is Ben Roethlisberger Wife?

If you are wondering whether Ben Roethlisberger has married someone or not, know that the NFL star is a married man. Despite all the odds that rose after his infamous reputation, his now-wife decided to marry him. So, who is Ben Roethlisberger wife?

Ben Roethlisberger married his now-wife, Ashley Harlan in July 2011. The two first met in 2005 through Ahsley’s brother, who is a big fan of Ben. Ashley’s brother went up to Ben to introduce himself and his sister, Ben thought she was cute and asked her out. Well, for five years, the duo got closer to each other.

While in an interview, Ben stated,

We were kind of on and off for five years – almost six years now – so I’ve known her for a while. It’s not like a random new person. We dated a while ago; we have been friends ever since.

When rumors of their dating affair flew, there were people with doubts about her being his wife someday.

The ill-famed status, which Ben had ostensibly built after two sexual assault cases in 2008 couldn’t affect his relationship with Ashley. Andrea McNulty, a former casino hotel hostess, and a student had accused him of sexually assaulting them.

Even though the first case ended in a settlement and the second dismissed because of the lack of evidence, Ben received a six-game suspension. Luckily, Ben and his girlfriend, Ashley, survived all those hard times. Later, he proposed to Ashley on Christmas day of 2010.

As of now, Ben lives in Pittsburgh with his wife and children. Unlike before, he hasn’t been part of any rumors which would ruin his marriage. Luckily, Ben Roethlisberger wife is too good to make her family united and happy.

Ben Roethlisberger’s Net Worth and Salary

Ben has sustained a pretty amount of bank balance from his career salary. He receives the base salary of $17 million and creates around $21 million counting bonus and incentives. He has even launched his line of barbecue sauce called Big Ben’s BBQ. But what’s the figure of Ben Roethlisberger net worth?

As of 2018, Ben Roethlisberger net worth is estimated to be $70 million. He makes his fortune from his playing career.

Ben Roethlisberger’s net worth is supposedly $100 million as of 2019. He made his worth from his career in as a NFL player as he makes as much as $23 million as his total annual salary. Two years earlier, he used to earn around $18.2 million.

Within a year, Ben generated an income upwards of $54 million. Similarly, from his NFL career to date, he’s received $230 million.

$37 million is not a small amount, is it? Well surely for us earning such amount is a dream, however, for Ben it’s just a case of signing with a team. He received the whopping $37 milion after he signed with The Steelers in 2019 as a signing bonus.

On August 4, 2004, Ben signed a six-year contract worth $22.26 million with Pittsburgh Steelers. In 2008, he made an eight-year deal that was worth $102 million. In 2004, he made an NFL rookie record with five comeback wins in the fourth quarter. He has 19 comeback wins and 25 game-winning drives all together.

Ben Roethlisberger addressed the media following our loss to the Ravens. pic.twitter.com/QfoyWrNee8

Ben is the only quarterback to reach 20 comeback wins in NFL history before the age of 30. In 2015, Ben Roethlisberger signed a contract extension worth over $87 million with an annual salary of $21.8 million.

His career stats of the recent games is as follow:

As Ben hasn’t retired yet, we hope he’ll do even better for his team.

In 2012, Ben completed his graduation from Miami University with a degree of Bachelor of Science in Education.

Ben celebrates his birthday on March 2 that makes his age 36. He is of white ethnicity. Moreover, Ben has a height of 6 feet and 4 inches.